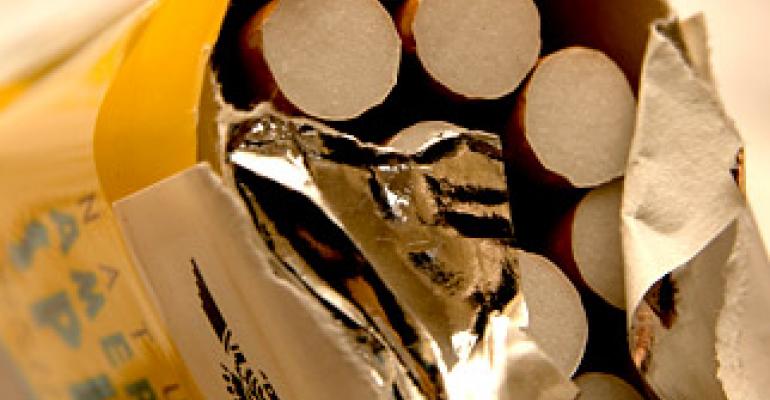 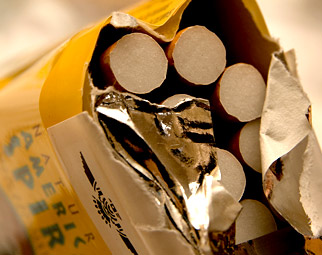 New research suggests that current regulations have failed to remove misleading information from cigarette packaging, revealing that a substantial majority of consumers believe cigarettes are less hazardous when the packs display words such as "silver" or "smooth," lower numbers incorporated into the brand name, lighter colors or pictures of filters.

In a study of 603 adults published in the online edition of the Journal of Public Health, Canadian researchers call for the list of words banned from cigarette packaging to be expanded beyond the current prohibition of "light," "mild" and "low-tar" and suggest that other pack design elements may need to be eliminated to prevent consumers erroneously believing that one brand is less harmful than another.

"Research has already shown that using words such as 'light,' 'mild' and 'low tar' on cigarette packaging misleads consumers into thinking that one brand carries a lower health risk than another and that's why those words have been outlawed in more than 50 countries, but there has been virtually no independent research on these other packaging tactics to support broader regulation," said the study's leader, David Hammond, a professor of health studies at the University of Waterloo in Ontario, Canada. "Our study found that commonly-used words not covered by the bans, as well as other packaging design elements such as color, the use of numbers and references to filters, were just as misleading, which means there's a loophole that needs to be closed."

Tobacco use is the leading cause of preventable death worldwide. The World Health Organization estimates that using such products kills more than 5 million people a year. Smoking is linked to an increasing number of diseases, including heart disease and stroke, respiratory diseases and 10 different forms of cancer. Globally, use of tobacco products is increasing. Smokers who perceive greater risks are more likely to try to quit and to remain abstinent.

The researchers studied the perceptions of 312 smokers and 291 non-smokers recruited in a shopping mall in Ontario, Canada, using nine pairs of fictitious cigarette packet replicas incorporating words and design elements commonly used by leading international brands. Each pair differed in only a single design aspect – either a word such as "silver" versus "full-flavor" or "smooth" versus "regular" or "mild" versus "regular" or "light" versus "ultra-light"; a number incorporated into the brand name, such as 6 versus 10; a color such as light blue versus darker blue or white versus grey and the presence of an illustration of a filter with the words "charcoal filter" written above it. All the packets included standard health warnings and could be picked up and handled by the study participants.

The researchers asked each participant to rate which of the two from each pair they believed would taste smoother, which would deliver more tar and which they would choose if they were trying to reduce the risks to their health. The respondents were given the option of saying "no difference."

A total of 80% said they believed the package labeled "smooth" would be less hazardous than the one labeled "regular." Similarly, 73% judged the brand labeled "silver" as less hazardous than the one labeled "full-flavour" and 84% thought the pack with "6" in the brand name carried less health risk than the one with "10" in it. Also, 79% said the lighter blue pack would have a lower health risk than the darker blue one and 76% said the one depicting a charcoal filter would not be as bad for their health as the one without such an illustration.

Similar results were found for the words "mild," "light" and "ultra-light," consistent with previous research. The misconceptions were more marked in smokers, and more prevalent among smokers of so-called "light" or "mild" brands than among other smokers.

"An important function of tobacco marketing has been to reassure consumers about the product's risks and a central feature of the strategy has been to promote the perception that some cigarettes are less hazardous than others, so that health-concerned smokers are encouraged to switch brands rather than quit," Hammond said. "We've seen research described in internal tobacco industry documents indicating that reference to filters and the use of lighter colors conveys that message successfully, but now we have independent confirmation, plus evidence on other words in widespread use."

"The truth is that all cigarettes are equally hazardous, regardless of the filter type, what color the pack is or what words appear on it," Hammond said. "These tactics are giving consumers a false sense of reassurance that simply does not exist."

Hammond said that because the tobacco industry uses similar packaging practices in other countries, he would expect findings to be similar elsewhere. In fact, he said, levels of false beliefs can be expected to be even higher in many other countries, where smokers are exposed to fewer sources of anti-tobacco information than they are in Canada.

The findings lend support to the idea of plain or "standardized" packaging for tobacco products, Hammond added. Standardized packaging would involve removing any brand imagery so that all packs look the same except for the brand name, which would be in a mandated size, font and position. Guidelines provided under the World Health Organization's Framework Convention on Tobacco Control, the world's first global public health treaty, state that countries should consider plain packaging. Such regulations are being considered in several countries, including the UK and Australia, but have yet to be adopted.

"My guess is that standardized packaging regulations will follow a similar course as pictorial health warnings: One country will establish an international precedent and many others will follow soon after. People will look back at the day when we sold lethal products in attractive packaging as unacceptable," he said.

[1] The impact of cigarette package design on perceptions of risk. Journal of Public Health. doi:10.1093/pubmed/fdp066

The Journal of Public Health is published by Oxford Journals, a division of Oxford University Press, on behalf of The Faculty of Public Health of the Royal Colleges of Physicians of the United Kingdom. Please acknowledge the journal as a source in any article.