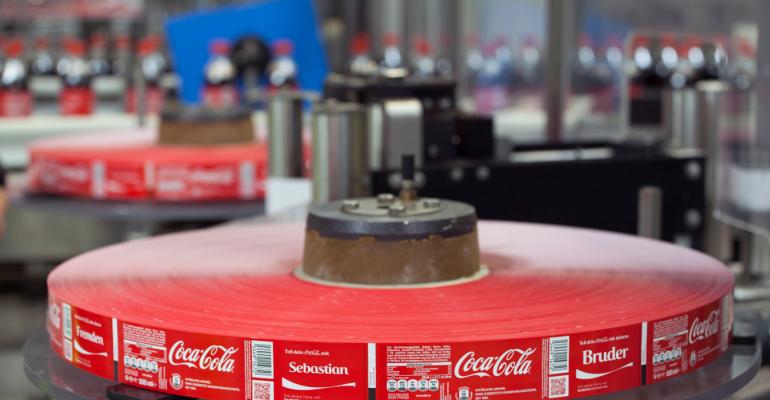 Personalization and short runs continue to grow, as brand owners ask their labels to do more to engage consumers.

As Labelexpo Americas closed its doors in the fall of 2012, there was no denying that the buzz generated around it heralded the North American label industry’s recovery from the biggest economic downturn since the 1930’s Great Depression. But when we say recovery, we cannot imply that the North American label market will be posting projected growth in double digit figures. No, those days are long gone.

Why? At its simplest, the North American market (particularly the U.S. and Canada) has reached near full maturity. Unlike emerging economies such as Latin America, Asia Pacific, Africa and the Mid-East, which have a younger demographic and burgeoning middle class with an increasing disposable income, North America has condensed its growth prospects by trailblazing its way there already through ferocious, fast-paced developments and massive consumption demand. North America is the third largest label market behind Asia and Europe. So, while everyone else is playing follow the leaders, that leaves North America with little room for movement, right? Wrong.

First, let’s look at the projected growth rates. Various market research agencies predict label demand to increase somewhere between 2.1% (source: AWA Alexander Watson Associates) and 4.2$ by 2017 (source: The Freedonia Group). Perfectly respectable, when you also consider that AWA said in its same report that the global label market as a whole grew at 3.8 percent during 2011-2012. So where is the opportunity for converters in North America to grow their businesses inside and outside of the current confines of the label market?

The lines are increasingly blurring between the package printing and label printing sectors. The label is swiftly evolving beyond just being a plain vehicle for carrying the required basic, simple and sometimes tedious information about the product it adorns. The label is being voraciously embraced as an important tool in the brand owner’s armory and is playing a progressively vital role in communicating with the customer.

The label’s role has advanced as it is used as a mechanism to engage and wow the customer; an optimum channel to create brand loyalty and leverage sales. The label is giving the product an identity, a voice and, more importantly, the chance to form an emotive, personal attachment with the end user. Brands and products are becoming old friends and revolutionizing consumer behavior patterns as a pull, rather than push, sales and marketing culture and mentality develops.

How is this being achieved? Through the power of personalization and short-run printing jobs.

We’ve seen this phenomena already spread across Europe in 2013 after having started off in Australia. Soft drinks giant Coca-Cola has paved the way for this upward trend with its hugely successful Share a Coke marketing campaign. The household name has breathed new life into its products by swapping its name with the consumer’s. The campaign—which replaced “Coca Cola” on the bottle with one of the 150 most popular first names in the European countries where the drink is sold—caught the shopper’s imagination and motivated them to actively seek out their own name or a friend or relative’s and ultimately generated an impulsive sale. Such was its initial success. Coca-Cola has again rolled out an enlarged project in Europe to, this time, incorporate 1,000 names, as well as launching it for the first time in the United States in the summer of 2014.

The campaign was the talk of social networking sites such as Twitter and Facebook. Coca Cola only succeeded in pulling off its foray into personalization by meticulous planning. HP Indigo digital printing presses played a key role in getting the products to market as they enabled hundreds of millions of labels to be produced. The labels were first conventionally printed on gravure or flexo presses but were left with a blank panel and pre-registration mark for later overprinting on an HP Indigo WS6600 press. Overseen by Netherlands-based Eshuis, the complex and highly coordinated production process was undertaken by eight converters across Europe who were each kitted out and prepared with the same press model to ensure consistent quality on the finished product. This sheer scale and level of innovation involved in the assignment deservedly earned Eshuis the European Converter of the Year Award at the 2013 Label Industry Global Awards.

Such creativity and ambition has not gone unnoticed by other national and international brands. Heinz had previously run a similar, albeit less grand scheme on Facebook allowing users to personalize cans of its tomato and chicken soup varieties with “Get Well” messages.

In early 2014, Tic Tac joined the fold by launching its “Shake It Up” campaign, which features its TicTacMyPack.com microsite. Choosing from 13 flavors, customers can create and customize virtual packs online—complete with their own name label to reflect their personal taste.

Such activities have also been adopted by the private label sector too with retailer Asda’s “Chosen by You” program offering shoppers the chance to actively participate in the design of the product and its packaging, whilst simultaneously being encouraged to interact with other consumers via Twitter.

While consumer interaction aids such as QR (quick response) codes are more widely used across packaging, the label’s purpose and function in this objective is fast catching up. Brand owners want to use the entire label’s surface to maximum affect to communicate with and engage their target audience. Drilling down from product personalization to making more information available and accessible to running promotional offers, labels in their design and content are becoming an ever more sophisticated source of data collection and way of building and nurturing brand loyalty.

Business and revenue growth for the label converter comes from sourcing and offering the best materials that the present day and tomorrow have to offer. Having the best tools and most flexible solutions available are the key to their ultimate survival and success. The short-run job is here to stay and will continue to grow its popularity and use with brand owners and label buyers as they look for the quickest and most effective route to market to capitalize on every dollar spent. Brands are fast realizing that, to win and keep their share of the market whether it be foods, beverages, cosmetics or general household items, they need to maximize the consumer’s experience, tap into their individuality and foster a community at a progressively localized level.

The printer or converter needs to upscale their relationship with their material and technology suppliers and partners. Feedback from the industry demonstrates the growing expectancy from brand owners for their printers to automatically have all of the answers and solutions at their fingertips. Those who forge close relationships with industry manufacturers will be best equipped to win those large and small contracts if they have an understanding of what the actual consumer wants and can supply the materials to enable their customer to, in turn, reach the end user.

So while for the time being the staple pressure-sensitive label substrate remains king and dominates, converters need to start championing other labeling methods in primary packaging—such as in-mold, heat-shrink and stretch-sleeve labels.

According to the Freedonia Group, heat-shrink labels will experience the fastest gains through to 2017 due to their ability to form-fit contoured containers and 360-degree surface area for maximum product decoration coverage. Paper-based label stocks will continue to command the lion’s share of substrate production, but plastic stock will dent its domination with the shift in packaging materials using more plastic in their makeup. Demand for glue-applied labels is expected to continue in its decline while the appetite for active and intelligent labeling and packaging solutions is on course to expand to 8%.

What of technology trends? Freedonia’s studies signal that, although flexography remains the leading label printing technology, digital printing will see double-digit growth into 2017 as it continues to oust more traditional methods such as lithography.

These market trend predictions provide useful insight into how the label market is moving and responding to consumers and brand owners. One thing companies can be sure of, though, is that they cannot stand still. North America is one of the pioneers in the global label market and will continue to do what it does best—innovate and trail blaze.

Tasha Ventimiglia is the Americas event director for Labelexpo Americas and the Latin American Label Summits in Mexico, Colombia and Brazil. She has been working with Labelexpo for 12 years and has seen Labelexpo grow over the years into a highly regarded, international trade show. Ventimiglia is heavily involved with the Tag and Label Manufacturers Institute and graduated from Marquette University with a Bachelors Degree in Marketing.