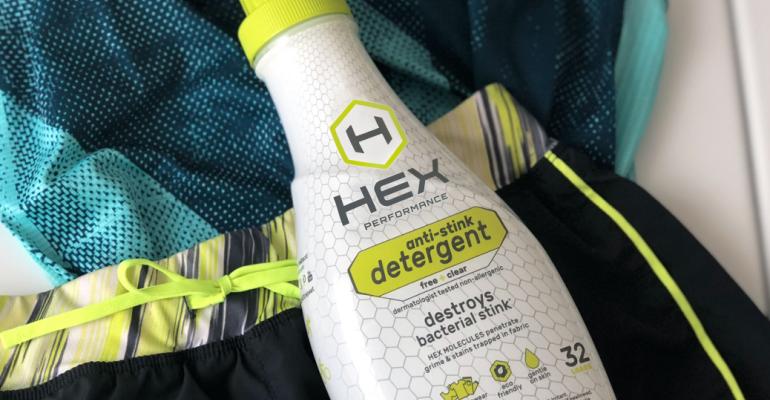 HEX laundry detergent switched from a flexible package to an easy-to-handle bottle because that's the type of package consumers expect in the category.

A current packaging trend sees products shifting from rigid formats—bottles, cans, jars and the like—to flexible pouches. Interestingly, one brand owner opted to take its laundry detergent along the opposite route, after research indicated that innovation wasn’t necessarily what consumers crave in that category.

The brand owner sought to parallel the innovation of the formula with similarly stand-out packaging. They opted to put the anti-stink laundry cleaner in flexible, upright pouches with a tap for dispensing, in a category where rigid plastic bottles are the favored format. HEX bedecked its flex packs with bold graphics and colors not typically spotted in the household chemicals aisle.

“We took inspiration from the wine industry,” says Drew Westervelt, founder and COO, HEX Performance. “Our formula is different from everything else in the laundry aisle, so we wanted the packaging to reflect that uniqueness.” HEX stepped off with two major retail partners (Target and Wegman’s) on board, ending up in more than 1,000 retail locations.

According to Westervelt, retail companies responded well to the product and its novel format at the outset. However, over the next two years, HEX learned that, while the innovative pack captured retailers’ attention, it didn’t necessarily capture shoppers’ dollars.

“The data wasn’t adding up on the performance side—we were getting all this great feedback and amazing reviews,” says Westervelt. “The people who were trying HEX associated as early adopters and liked to try new things. But on the contrary, getting into that critical mass was difficult. It was because consumers weren’t identifying the package as laundry detergent—even when they saw it in the laundry aisle. The original packaging was still valuable in getting HEX on the shelf, but putting yourself in the consumer’s shoes, you wouldn’t even give it a chance because you don't register the look as a laundry product. 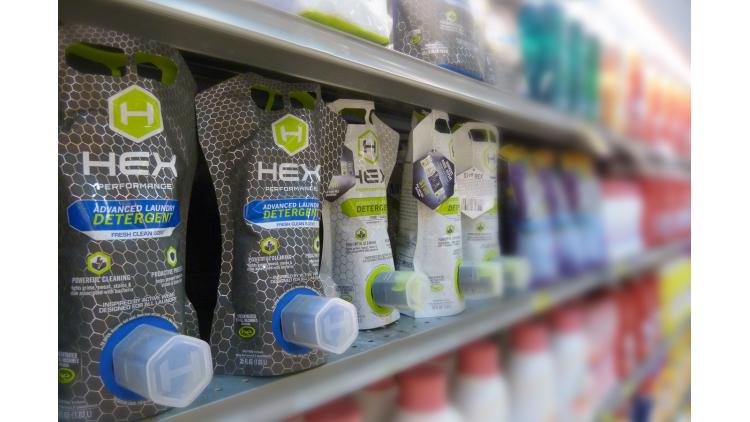 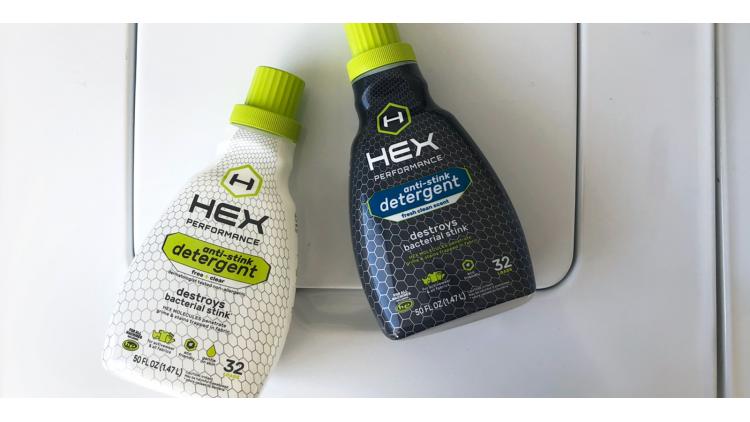 To go deeper into consumer preference surrounding its product, HEX conducted digital focus groups with thousands of people in various demographics across the country. The findings showed laundry-product purchases are motivated by habits that are largely built on tradition. The “correct way” to do laundry commonly is passed on from generation to generation, and steering people away from the tried and true can be challenging—especially when it comes to detergent container preferences.

After uncovering this time-honored consumer habit, HEX took a step back and revamped its packaging to something familiar: a jug. It consists of recyclable plastic, and a no-drip spout intended to minimize mess and waste. Westervelt says while the company wanted to circle back to more traditional detergent packaging, the brand felt keeping innovation in the mix was important.

“We weren’t willing to throw in the towel at that level—we wanted a unique and attractive bottle, up to the standards of our brand look,” he says, pointing toward the preservation of key design elements and the handle-less, natural-color high-density polyethylene (HDPE) bottles, which are topped with caps in the brand’s signature green color. The shrink-wrapped label, says Westervelt, helps achieve the eye-catching look the brand is trying to maintain.

The company’s updated line required buying some new machines for the packaging line. Currently, products are packaged by a mixture of in-house and contract packaging lines.

Additionally, the company aimed to refine the on-pack messaging and impart a more direct approach with the copy. Whereas before the label touted the product as “advanced laundry detergent,” it now calls it “anti-stink detergent.”

Consumer response to the revamped bottles was immediate and dramatic, says Westervelt. HEX reportedly saw a 100% jump in sales just four weeks after the retail rollout in mid-June. What’s more, he adds, the boost also has positively impacted its single-dose detergent sales, and direct consumer feedback has been glowing: “The new plastic containers work great and are a huge improvement,” says one consumer weighing in on Facebook.

Freelance writer and former Packaging Digest senior editor Jenni Spinner is a trade journalist with two decades of experience in the field. While she has covered numerous industries (including construction, engineering, building security, food production and public works), packaging remains her favorite.