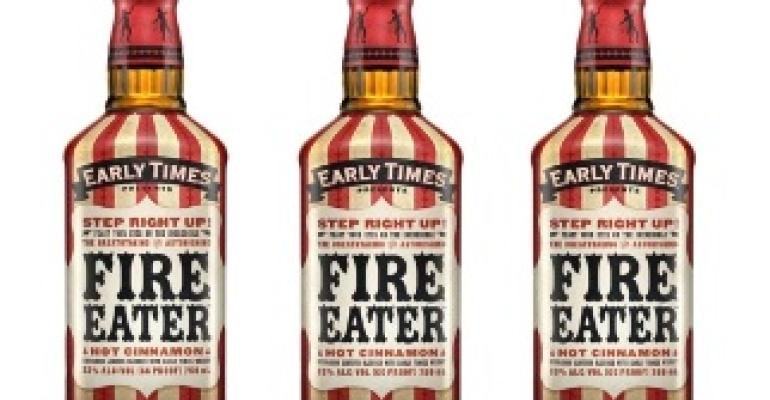 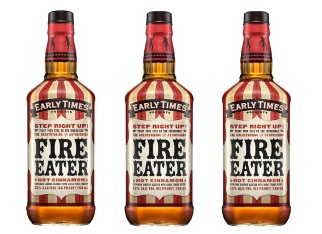 Early Times announces the launch of Early Times Fire Eater—a hot cinnamon flavored spirit. A brand with a history dating back to 1860 and known for its rich heritage, Early Times Kentucky Whisky has released its first flavored spirit reminiscent of the turn of the century carnival era.

"With Early Times Fire Eater we wanted to deliver a level of curiosity and fun while ensuring the taste consumers have come to expect from Early Times," says Therese McGuire, brand manager for Early Times. "One look at a bottle of Early Times Fire Eater and you're taken back to a time when carnivals would travel the country bringing astonishing acts of amazement to the community."

"Building on the theme of curiosity, vivid carnival imagery and language are used on the packaging for Early Times Fire Eater," says McGuire. "A silhouette of a carnival barker with an uplifted cane invites one to 'step right up' while the side panel warns 'it is not for the timid' for a lighthearted approach to this exciting product."

Early Times Fire Eater will initially be sold in select cities of Kentucky, Indiana, Washington, Florida, Tennessee, South Carolina, Wisconsin and California, with more to follow in 2012. Each bottle is presented at 66 proof with a suggested retail price of $14.99 to $15.99 for a 750ml bottle.