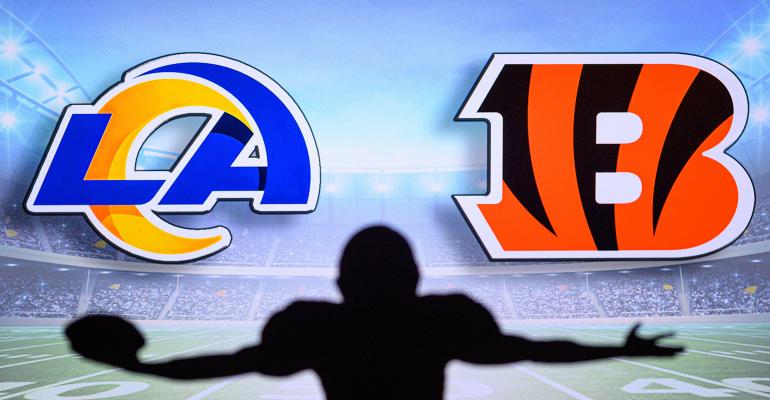 Brands advertising during the big game showcased different packaging materials. Aluminum shined in several spots, but #DeathToPlastic eclipsed them all.

Super Bowl LVI aka 56 was as close and exciting affair as a fan could ask for…unless you were pulling for the Cincinnati Bengals. The Ohio-based team lost a key receiver early on and subsequently lost the game after the Los Angeles Rams mounted a late comeback.

The much-anticipated halftime entertainment fell flat with me; I’m far more a fan of wrapping than rapping. However, the usually buzz-worthy commercials offered something for everyone, though I was struck by the number of spots for electric vehicles. However, there were several highlights for packaging spotters, which we’ve assembled below. If one format emerged as Most Valuable Package (MVP), it would be aluminum cans.

The most packaging-forward commercial came from Liquid Death Water, and it may be one of the most controversial. The pounding musical refrain “breaking the law” backed visuals of kids chugging the canned drink. The ad, which ended with a pregnant woman enjoying a can, cleverly implied that they were drinking an inappropriate beverage. Turns out the product is just as the brandname states: still or sparkling mountain water in 16.9/500ml aluminum cans.

A quick check of comments revealed a sampling of favorable if not enthusiastic praiseworthy views at YouTube including “brilliant! awesome” and “this might be the #1 commercial this year.”

“Took me back to the days of candy cigarettes and bubblegum cigars,” another noted. That hit home with me as candy “smokes” were part of my 50th grade-school reunion experience last year.

The commercial ended with this in-your-face message to PET-bottled water:

As an attention-getter, this one was clearly a winner. Sister publication PlasticsToday blogged about the ad from a proplastics viewpoint.

Packaging was front and center for all the wrong reasons in Pringle’s potato chip ad. In the commercial, a hapless if not foolish individual reaches for that last chip at the bottom of the canister and…see for yourself:

The video was better on my second viewing and so was the ending. The comments that include this one captures many of same sentiments as the others: “It was a great … even sweet commercial. Just how I like them. A great story and … what am I doing talking about a commercial? Loved it.”

Bud Light NEXT can.

Bud Light NEXT is the brand’s new, zero carbs beer and features a can with a lively packaging design. Being on trend with growing interest in non-fungible tokens (NFT), the “spot incorporates a token from the Bud Light’s NFT collection and a musical performance that takes place in the metaverse,” reports CNBC.

“How artful that the commercial video played right into the package graphics, with the angled color on the can,” says Packaging Digest Executive Editor Lisa Pierce. “It really tied the branding together across the different mediums.”

Hellmann’s appropriately called on retired NFL star linebacker Jerod Mayo as the spokesman to literally tackle food waste with the tagline “Make taste not waste.” Saturday Night star Pete Davidson made an appearance with his mom.