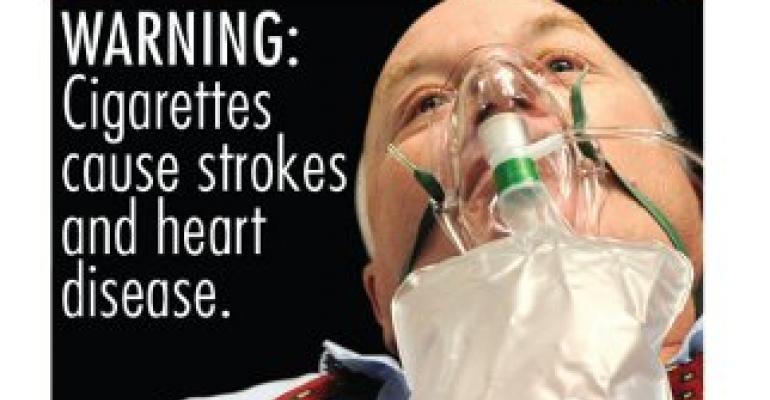 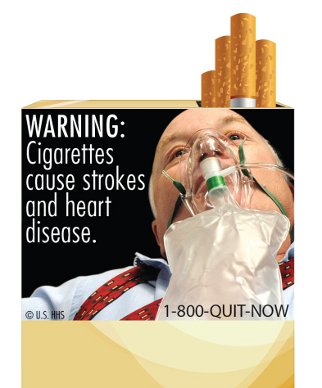 The FDA unveiled the nine graphic health warnings required to appear on every pack of cigarettes sold in the U.S. and in every cigarette advertisement. This bold measure aims to prevent children from smoking, encourage adults who do to quit and ensure every American understands the dangers of smoking.

The warnings represent the most significant changes to cigarette labels in more than 25 years and will affect everything from packaging to advertisements and are required to be placed on all cigarette packs, cartons and ads no later than September 2012.

"These labels are frank, honest and powerful depictions of the health risks of smoking and they will help encourage smokers to quit, and prevent children from smoking," says Health and Human Services Secretary Kathleen Sebelius.

Tobacco use is the leading cause of premature and preventable death in the United States, responsible for 443,000 deaths each year, according to the Centers for Disease Control and Prevention, and costs our economy nearly $200 billion every year in medical costs and lost productivity.

These warnings, which were proposed in November 2010, were required under the Family Smoking Prevention and Tobacco Control Act, which was passed with broad bipartisan support in Congress and signed into law by President Obama on June 22, 2009.

The FDA selected nine images from the originally proposed 36 after reviewing the relevant scientific literature, analyzing the results from an 18,000 person study and considering more than 1,700 comments from a variety of groups, including the tobacco industry, retailers, health professionals, public health and other advocacy groups, academics, state and local public health agencies, medical organizations and individual consumers.

Each warning is accompanied by a smoking cessation phone number, 1-800-QUIT-NOW, which will allow it to be seen at the time it is most relevant to smokers, increasing the likelihood that smokers who want to quit will be successful.

When implemented in September 2012, all cigarettes manufactured for sale or distribution in the United States will need to include the new graphic health warnings on their packages. The introduction of these warnings is expected to have a significant public health impact by decreasing the number of smokers, resulting in lives saved, increased life expectancy, and improved health status.

"The Tobacco Control Act requires the FDA to provide current and potential smokers with clear and truthful information about the risks of smoking - these warnings do that," says Commissioner of Food and Drugs Margaret A. Hamburg, M.D.