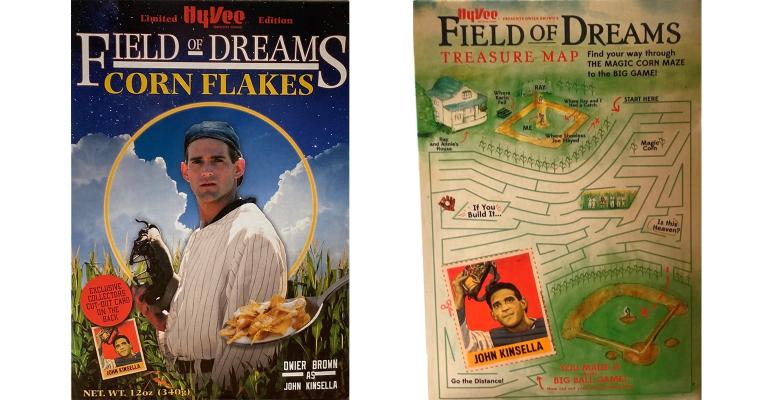 Fans of the movie can enjoy a moment of nostalgia at breakfast while kids are distracted by the back-of-box corn maze activities.

There are baseball stadiums and then there are those places that resonate with decades of nostalgia that elicit memories “so thick they'll have to brush them away from their faces.” At the major-league level these include Wrigley Field in Chicago, Fenway Park in Boston, and Yankee Stadium in New York City.

However, there is one place that transcends the game: the Field of Dreams. Located in Dyersville, IA, about 20 miles west of Dubuque, the field built for the 1989 movie became a tourist attraction and a kind of pilgrimage spot for fans of the movie and of baseball.

I am one of those; I cried the first five times I saw the film. And I’ve made the drive to Dyersville from the Chicago area about five times starting when my son was a toddler. He's now in his thirties. We last made the trip about two years ago when, from the movie-set field bleachers, we could see bulldozers far past left field where they were starting to build a major-league field.

Alas, the game planned to take place there in 2020 was cancelled by covid. The storied New York Yankees and the Chicago White Sox (the 1919 team features in the movie plot), are scheduled to play there this Thursday. The game, which will be broadcast on FOX Sports this Thursday night, is a unique opportunity for those like myself who want to soak up the Field of Dreams atmosphere. This video provides an excellent overview for fans of all ages.

I was reminded about the game on a trip to Iowa last weekend when I spotted boxes of Field of Dreams Corn Flakes at a HyVee supermarket. Based in West Des Moines, HyVee stores regularly carry limited-edition cereals; for example, in 2016 we purchased a cereal box featuring World Series MVP Ben Zobrist of the Chicago Cubs.

Featured on the cornflakes box front is Dwier Brown, who appears in the movie as young John Kinsella.

The back-of-box features a Magic Corn Maze with illustrations that point to key elements of the movie like Ray and Annie’s house and “where Karin fell,” “go the distance”, and that pointed question, “Is this heaven?”  A high percentage of Iowans know the answer to that one. 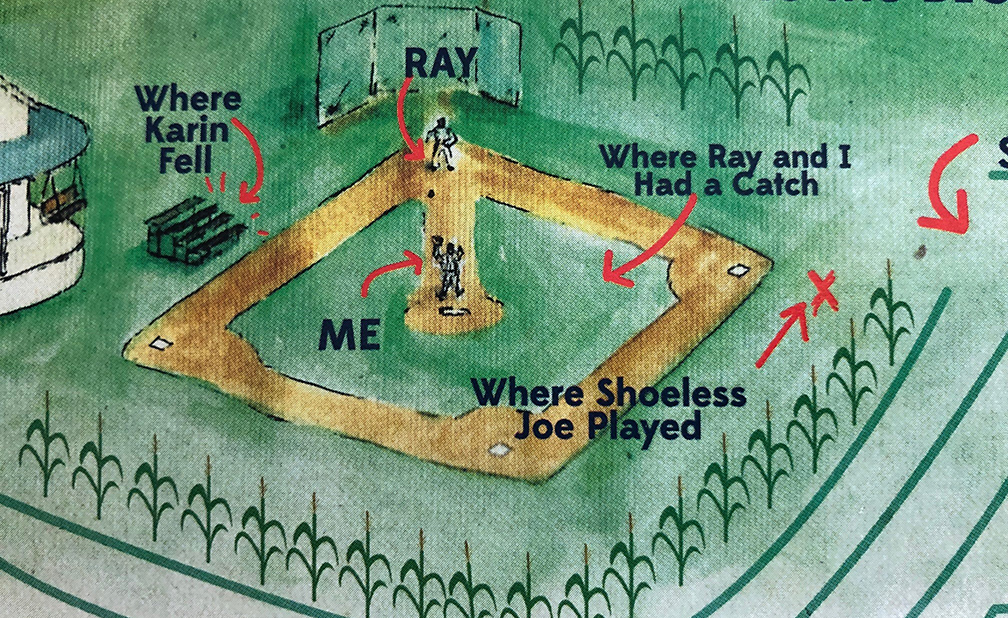 There’s also a charitable aspect linked to the movie's plot that appears on a side panel with a printed link to www.comfortzonecamp.org. According to the product distributor, PLB Sports & Entertainment, “Dwier Brown worked closely with the PLBSE Team to bring this project to life! Sales of this product benefit Comfort Zone Camp, a nonprofit organization that transforms the lives of children who have experienced the death of a parent, sibling, primary caregiver, or significant person.”

My son and I will be watching the game together. This stirring quote from movie character Terence Mann, played by James Earl Jones, provides a kind of walk-off ending: “this field, this game: it's a part of our past, Ray. It reminds us of all that once was good and it could be again."