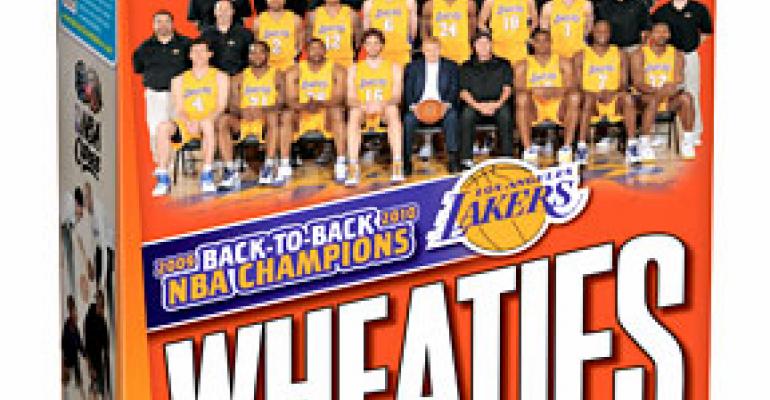 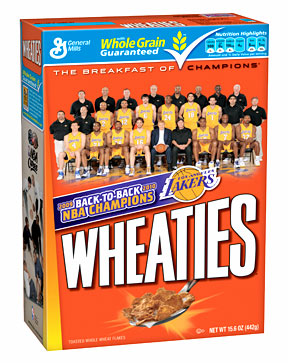 Los Angeles Lakers fans may do a double take when they walk down their grocery store cereal aisle and spot – for the second consecutive year – a commemorative Wheaties box featuring their beloved NBA team front and center.

One of the most storied franchises in all of professional sports, the Los Angeles Lakers added to their legacy by securing their 16th NBA title in Game 7 against the Boston Celtics, and their third Wheaties box appearance. Led by perennial All-Star Kobe Bryant, a standout squad that included Pau Gasol, Lamar Odom, Andrew Bynum, and Derek Fisher brought back-to-back NBA titles to Los Angeles. Wheaties salutes the Los Angeles Lakers with a 15.6-oz box, available nationally beginning late July 2010.