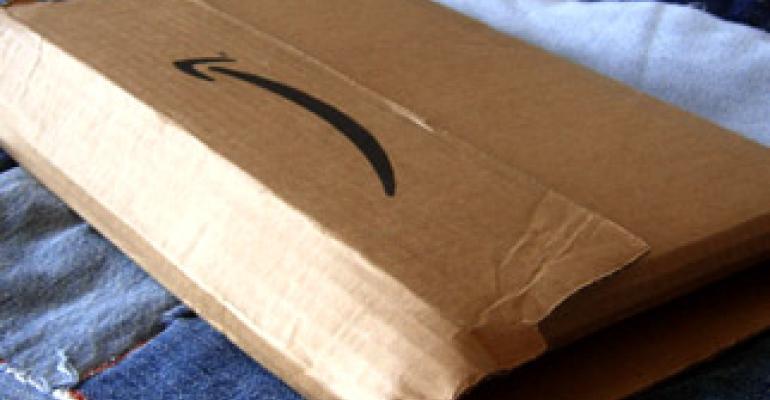 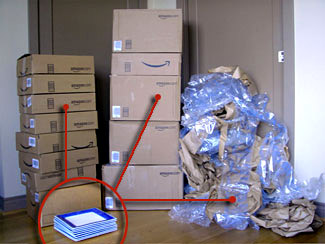 An example of the previous excessive packaging, in this photo from consumerist.com, shows 13 boxes used to ship eight dinner plates.

Dell announced an initiative to simplify its computer packaging, expecting to save more than $8 million and 20 million pounds of protective styrofoam and other padding.

Packaging particularly raises the ire of consumers who find it hard to open and difficult to dispose of. The fact that much of it is intended to thwart shoplifters—an unecessary precaution for online merchants like Dell and Amazon—makes the tough-to-open wrappers particularly maddening.

MeadWestvaco introduced its consumer- and earth-friendlier Natralock clamshell in October. The latest version of the printable composite package, which uses more cardboard and can be easily opened with a scissors, will be presented at the Consumer Electronics Show Jan. 8-11 in Las Vegas. The NCC, an electrical goods manufacturer, is already using it. The newest version of Natralock features a conductive ink technology that emits an audible sound or “alarm” when the package is tampered with or if the ink circuit is broken. Natralock is made from sustainably sourced paperboard and uses 60% less plastic than clamshells, says MeadWestvaco.

Click here for a video demonstration of Natralock packaging