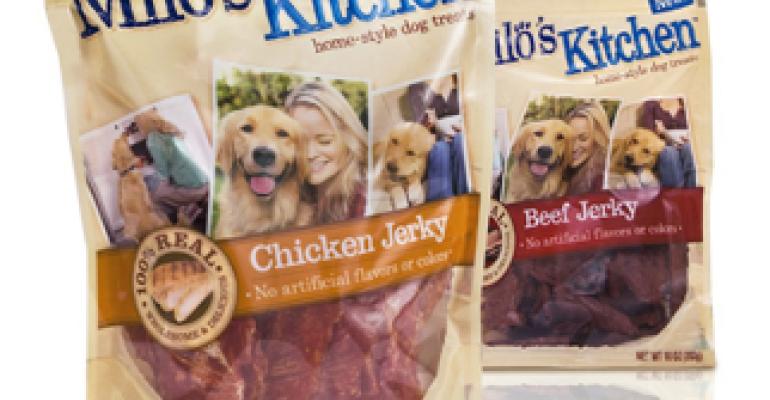 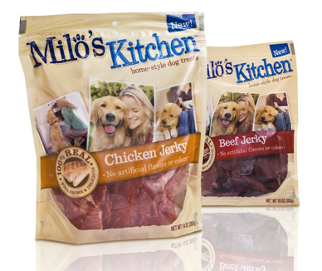 The pet food and supplies business remains a powerful multi-billion-dollar industry, one driven by pet parents who treat their pets like full-fledged family members and look to feed them the highest-quality products. This insight inspired the team at Del Monte Pet Products to launch Milo's Kitchen, a new line of thoughtfully prepared home-style treats for dogs.

The team at Del Monte worked hand-in-hand with CBX, a brand agency based in New York City, on fine-tuning the market insight, positioning and packaging design for Milo's Kitchen. Through an extensive research process, CBX helped pinpoint the insight that "pet parents" regard their pets as equal members of the family unit. As such, they want to share the same kind of 100 percent real, nutritious and flavorful snacks that they themselves would eat. This cherished relationship became central to the product's market positioning.

"This revelation became the driver—the distinct ‘a-ha' moment—behind the development and positioning of a pet snack brand that would allow Del Monte to carve out its share of this burgeoning market," says Rick Barrack, chief creative officer, CBX.

"Everything about Milo's Kitchen celebrates the relationship between pet parents and their pets," says Geoff Tanner, director of pet innovation, Milo's Kitchen, Del Monte. "We utilized the research to introduce a product that taps into human emotion—a savory snack home-spun with genuine goodness that pet parents are proud to feed their four-legged family members."

The importance and value of the relationship shared between dog and pet parent is reinforced in the packaging graphic design, which features photography of people embracing their beloved pets; something atypical in this category. The round bulls-eye on the package—displaying the 100 percent real quality seal—reassures consumers of the high-quality ingredients. The light color of the packaging adds to the fresh and natural appeal of the product, as well as boosts its shelf presence on crowded grocery and retailer shelves.

The clear window on the front has been maximized so consumers can see the superior pet snacks inside, which resemble something they themselves would eat. The back panel complements the positioning on the front by telling the story of the brand.