Iconic Swedish coffee debuts in stores with a premium look 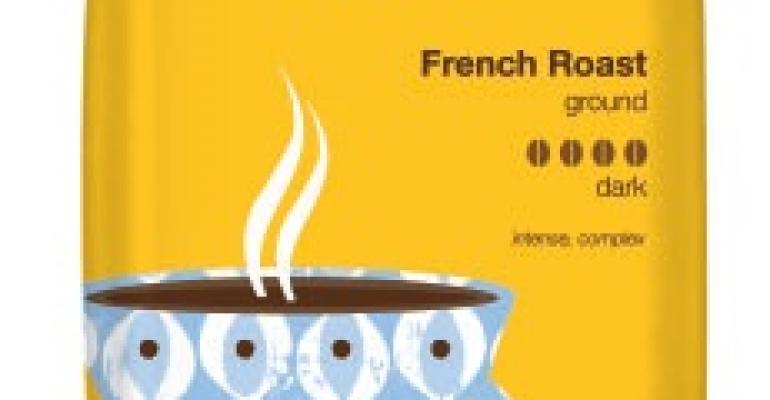 Gevalia coffees aren't new to American consumers. While the company was founded in far-off Sweden more than 150 years ago, the coffees produced by Scandinavia's largest roaster have for decades been known to U.S.-based caffeine fans through its delivery service, which has put various flavors and roasts of the premium beans into U.S. homes via mail order since 1983. It also launched a retail portal on the Web in 2009.

"The look we were looking to achieve was an overall premium look and feel, but also one that told the story of the brand's rich history, visually and verbally," says Doyle. "Sweden's certainly a country full of dichotomies- traditional and modern, old and new-and we brought that together on the package."

The "modern" side comes courtesy of the bright yellow background dominating the metallized layered HDPE pouch. The tradition is evoked by the old-world feel of the logo font, and a crown symbolizing Sweden's regal history (and the product's preferential status as an official coffee of the Swedish royal court).
.