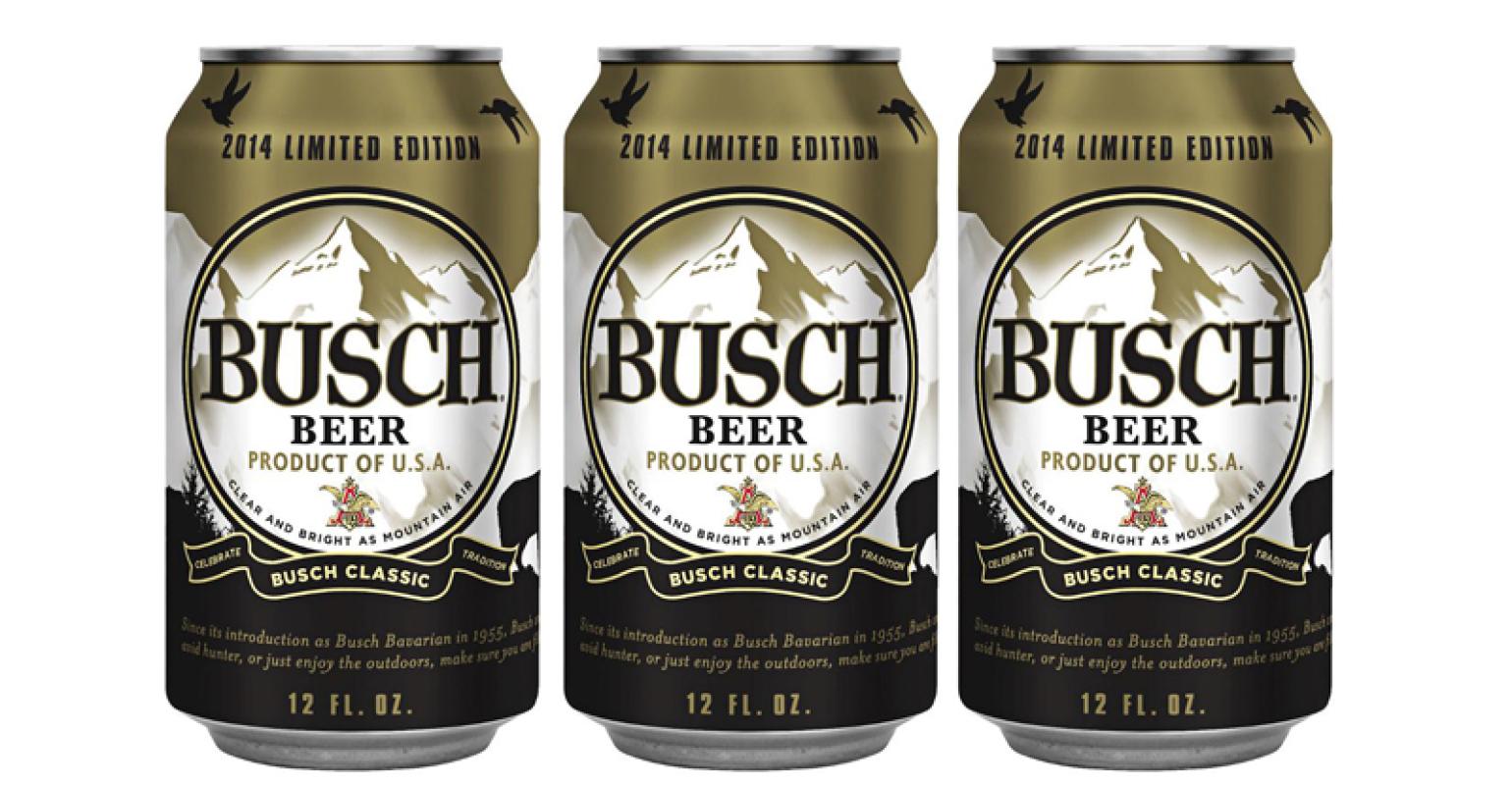 It’s that time of the year where summer is slowly fading away into the autumn equinox which means cooler temperatures, turning of the leaves and … hunting season. To celebrate this time of the year, Busch is launching a newly redesigned package for its beer. The limited-edition 2014 Busch Hunting Can features outdoor graphics composed of deer, elk and duck silhouettes over the Busch’s signature “blaze orange” backdrop.

What’s even more special about this hunting packaging is that Busch beer drinkers will get the opportunity to win the ultimate hunting excursion. Inside the beer packs are randomly seeded 60,000 special-edition “Trophy Cans,” which consumers can use to enter the “Hunt Down a Trophy Can” contest where they can get the chance to win awesome prizes including a hunting getaway of their dreams. It’s like the Willy Wonka of beer!

"For the past several years, we've had a great time playing around with the packaging designs during hunting season to celebrate our loyal drinkers who are avid outdoorsmen and have a passion for hunting," says Edison Yu, vp of value brands at Anheuser-Busch. "New this year, we're giving our fans a chance to win an incredible hunting trip that will be the envy of everyone else at deer camp."

If you’re lucky enough to be a recipient of one of these trophy cans—the equivalent to a golden ticket—fans are supposed to take a picture with the can, upload it to Busch’s Facebook page or www.Busch.com. Every week, the two most creative submissions will be chosen and winners will be rewarded with hunting equipment prizes.

Then there’s that part about the Grand Prize – an all-expense paid hunting trip at Deer Creek Lodge in Sebree, KY. Weekly winners are entered at the end of the promotion to compete for this dream trip.