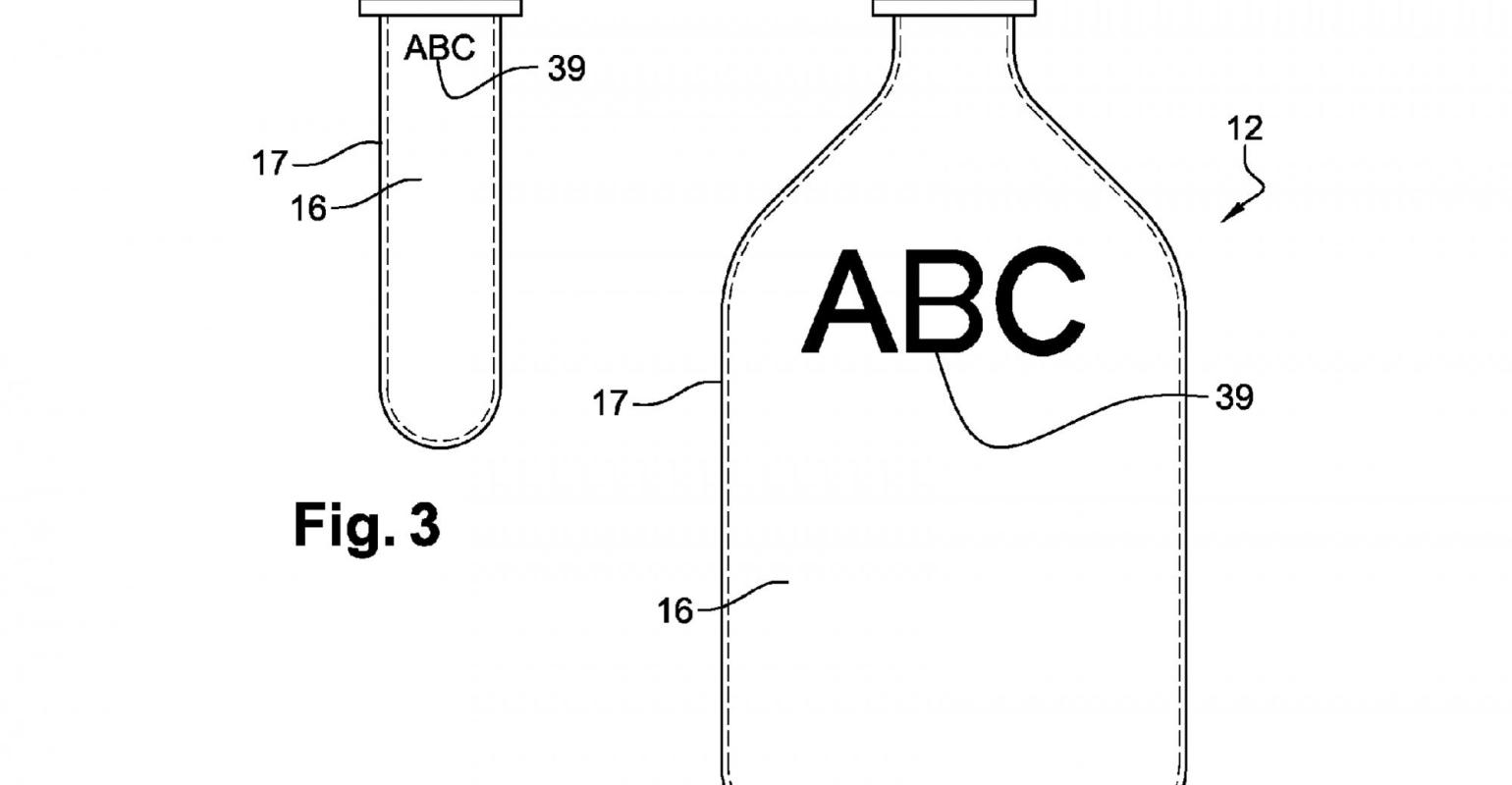 Laser-marked graphics onto the PET preform expand uniformly when the bottle is blown.

Eliminating labels appears to be the next step beyond thin-walling of containers in source-reducing packaging. We’ve seen it most recently with a method that relies on a special coating onto packaging substrates so that a lower-power laser can print high-contrast marking onto the surface of corrugated boxes and paperboard cartons, among other surfaces (see Laser printing on coated cartons and cases eliminates labels).

The newest take on that approach applied to primary packaging in the form of PET bottles is found in a patent filing from packaging equipment vendor Sidel. Headquartered in France, Sidel is described as a “global provider of PET solutions for liquid packaging.” The invention, Method for producing a marked container comprising a step for marking a preform, ingeniously opens up a new avenue to container and packaging source reduction and optimization.

The invention is a method for laser-marking or decorating a container with alphanumeric or graphic elements such as a brand logo, expiration dating, product formulation or other asset as a means to eliminate the need for a label.

The invention’s distinction and advantage over previous methods are that the bottle preform is laser-marked instead of the finished container. This way the laser-made marking is stretched at the same time as the wall and in such a way during the subsequent blow-molding step as to minimize distortion. Directly laser-marking a bottle can compromise the bottle structure, a key point particularly these days when thin-walling is SOP.

That laser-created mark causes a photochemical-induced carbonization reaction at the molecular level in the PET polymer resulting from the laser beam’s particular wavelength. Having the preform heated beyond the polymer’s glass-transition temperature is a fundamental part of the patent.

The laser can be controlled like writing with a pencil, according the document.

The filing indirectly references tests that show that although the preform is stretched during the blow molding and the mark becomes slightly grayer because of the distance from each other of the carbon particles during molding, it has been found that this mark remains legible.

As a variant, the marking method makes it possible to change the color of the thermoplastic material, presumably other than black or gray.

Biodegradation Is Not a Sustainable Silver Bullet
Jan 20, 2021