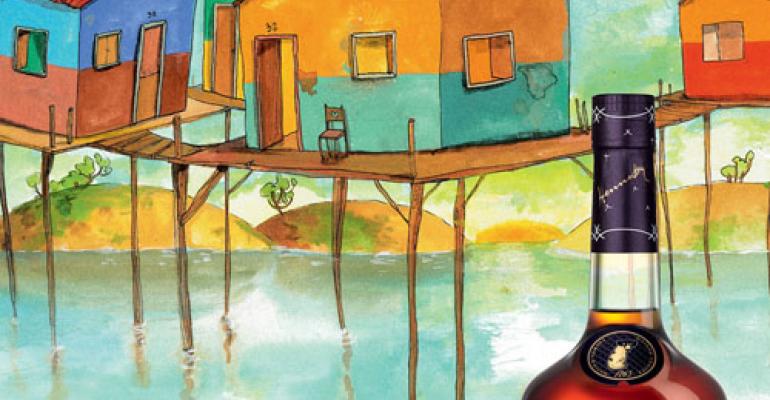 Inspired by the elegance, tradition, and smoothness of Hennessy Cognac, the duo collaborated with the brand to create a unique bottle design evoking the vibrant and eclectic style that has transformed cityscapes around the globe. In addition to showcasing the signature Os Gemeos artwork, each Limited Edition Hennessy V.S bottle is individually numbered.

The Hennessy V.S Limited Edition bottle by Os Gemeos, retailing for $32 (750mL), is currently available for pre-sale at ReserveBar.com and will be available at fine retailers nationwide starting August 1, 2013.

"It has been a privilege to work with Hennessy, because of the brand's strong commitment to heritage and tradition," says Os Gemeos. "We challenged ourselves to create art within a new medium that would share how our own Brazilian heritage influences us as artists."

Hennessy will embark on a six-city US tour this summer to promote the partnership with Os Gemeos. The tour kicks off in New York on August 15, 2013 and travels to Chicago, Miami, Philadelphia and Houston, culminating in Los Angeles in September.