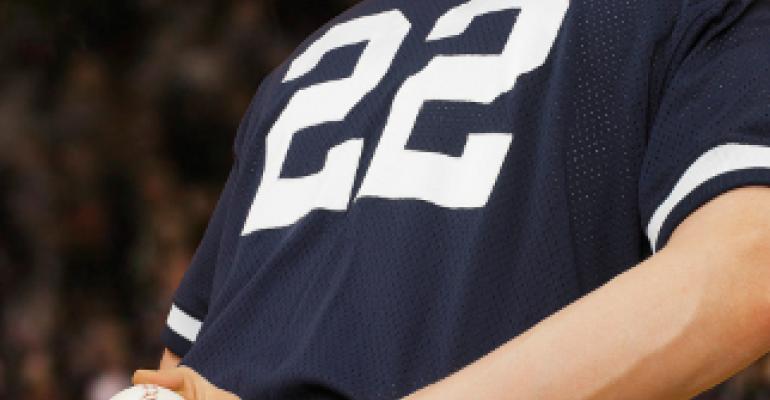 As the 2012 baseball season gets underway, our public health organizations call on Major League Baseball (MLB) and the players' union to rigorously enforce the limits on smokeless tobacco use included in the new contract announced in November. These restrictions provide an historic opportunity for players to improve their health and become better role models for millions of young fans.

We also urge individual players to go further than the agreement, and completely eliminate tobacco use at games.

Under the agreement that MLB and the Major League Baseball Players Assn. announced in November, big-league players, managers and coaches will no longer be able to carry a tobacco tin or package in their uniforms or on their bodies at games, or any time that fans are in the ballpark. They will be prohibited from using smokeless tobacco during televised interviews, at autograph signings and other events where they meet fans, or at team-sponsored appearances. Violators are subject to discipline.

The restrictions come at a time when the tobacco industry is spending record sums to promote smokeless products and hook a new generation of youth. The recent Surgeon General's report called tobacco use a "pediatric epidemic," and noted that the tobacco industry is using an array of smokeless products and marketing tactics to entice teens. It's having an effect: The rate of smokeless tobacco use by high-school boys has skyrocketed by 36 percent since 2003.

We continue to support a complete prohibition on tobacco use at games and on camera. Nevertheless, the new contract represents significant progress. Baseball players have been using tobacco since the earliest days of the game. This agreement—and this season—marks the first time that the league and the players have recognized it is time to break this unhealthy addiction.

The new tobacco restrictions will help change attitudes toward smokeless tobacco use by limiting the powerful imagery of big-league players using these addictive and deadly products—effectively providing a celebrity endorsement of them. Other provisions of the new contract, including public outreach programs and education projects aimed at youth, also will enable players and other baseball figures to use their influence to stem smokeless tobacco use among young fans.

Enforcement of these restrictions is essential, and we urge team managers and personnel, and league officials, to rigorously enforce them. To encourage fans to play a role and support compliance, we are asking them to report violations to the Knock Tobacco Out of the Park Coalition.

The new tobacco limits are the result of hard work by a national coalition of supporters and fans who came together to bring this issue to public attention and press for a tobacco prohibition in the MLB contract.

The coalition grew over the course of the 2011 baseball season to include more than 200 supporters, including dozens of public officials around the country, youth baseball leagues, notable baseball figures, faith leaders, state and local health groups and others. Fans and advocates sent more than 35,000 messages to Major League Baseball and to MLB teams and players, urging them to act.

Source: Knock Tobacco Out of the Park Coalition