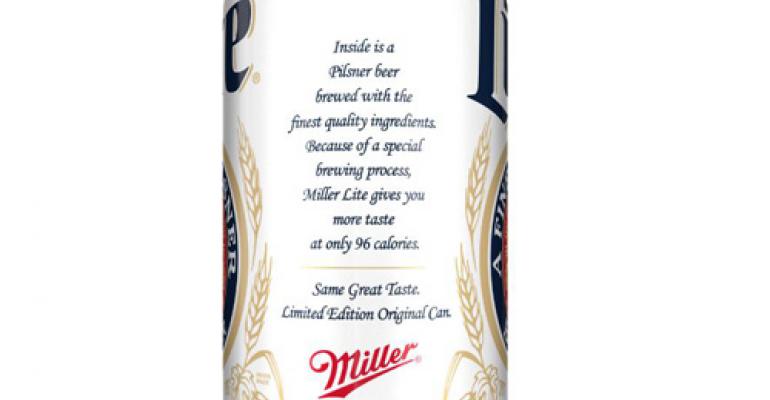 Original Light Can from Miller Lite 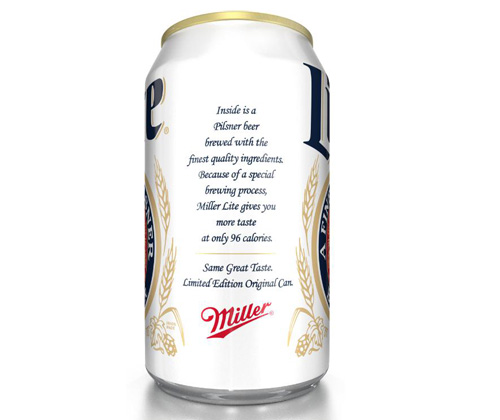 Miller Lite, the beer that launched the light beer category, invites consumers to reach for a piece of brewing history. On January 1, 2014, Miller Lite will release the limited-edition Original Lite Can, an updated version of the iconic packaging that changed the beer industry almost 40 years ago.

The Original Lite Can features the familiar images of hops, barley and the words "a fine pilsner beer," which reinforce the high quality ingredients and the unique brewing process that consumers have enjoyed for generations.

"There was a time when all that existed was heavy beer that weighed you down," says Elina Vives, marketing director for Miller Lite. "The launch of Miller Lite broke this category convention and offered beer drinkers the best of both worlds, great taste at only 96 calories and 3.2 carbs. Miller Lite is the original light beer and this limited-edition can celebrates that innovation and helps inform consumers of the rich history behind our beer."

In addition to becoming available to consumers in January, the Original Lite Can will appear in the upcoming Paramount Pictures' release, Anchorman 2: The Legend Continues. The news team can be seen enjoying the Original Lite in the film, which will be released nationwide December 18.

The limited-edition Original Lite Can will be available nationwide January through March in 12-, 16- and 24-ounce sizes.