My Last Words on Coke for a While … Maybe 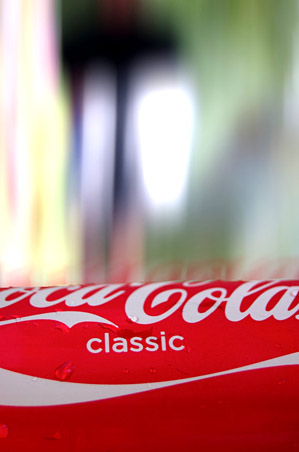 Yeah, yeah — I know we’ve been talking an awful lot about Coke lately. But this is pretty interesting. Twenty-some odd years after adding "Classic" to the label of Coca-Cola, the company has decided it’s finally okay to drop that part of the name and just go back to being "Coke."

Has it really been more than two decades since they added “Classic” to the name in response to the New Coke debacle?

I guess so. How time flies.

It’s a good move though, and It illustrates an important principle of branding – think twice (or way more) about making big changes. A lot of lesser companies might have tried to kill of the last vestige of the 1985 New Coke incident within a decade. And perhaps Coke indeed could have just gone back to being plain old Coke before 1990s were half over. The temptation to do so was surely quite powerful.

But calling Coke “Classic” wasn’t really hurting anything. And doing so proved to be a solid gambit in the face of Pepsi’s strategy of working the younger, more progressive end of the cola market. It really wasn’t worth the risk of Coke dropping the tagline.

And now, when there’s little or no risk, the time has come.

It kind of reminds me of another savvy brand – a little company called Nissan. Some of you may remember how in the early 1970s, the company sold all of its products in the U.S. under the name “Datsun.” The name Nissan simply wasn’t mentioned except in the tiniest of fine print at the bottom of the ad (if at all).

But somewhere along the way, the company decided they wanted to go only by the name Nissan. 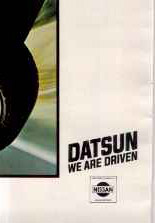 A lot of companies today might have taken the approach of switching logos, announcing that one was now the other and moved on — six months, maybe a year, call the job done. Nissan, however, was a lot more subtle and smart about it. They stared first by keeping the ads essentially the same with the “Datsun” logo at the bottom. But, in very small type, they added “by Nissan” next to it.

Then, over the course of a decade or so, the word “Nissan” got ever-so-slowly bigger, until finally by the mid 1980s it was the same size as “Datsun.”

By that point, the public was so used to seeing the word “Nissan” that most people hardly even noticed that the company was changing its name. No fuss, no fanfare. The brand made the transition without missing a beat.

It’s unfortunate that we don’t see more of that kind of subtlety anymore. A lot of companies are too cavalier with the relationship people have with brands. They expect to wave a wand and “POOF!” — major transitions done in a flash like a Siegfried & Roy trick (or the flashy duo’s career, for that matter).

Coke tried such a trick once with "New" Coke.

And with the spanking that came from that, they learned. The incident is surely on their collective mind as they continue to do smart things. The long life of the “Classic” tagline is certainly evidence of that.
.