Calvin Klein is introducing a new version of its CK One and CK Be fragrances. They’re cool looking for the bottle alone, but get this – the 100ml bottle and packaging also include a removable MP3 speaker in the base. The new packaging concept is part of the company’s “We are One” campaign, with the slogan featured in multiple languages on the bottle.

Interesting combination of hip design and hip technology. Said to be in stores by March.

And at fifty bucks, the price is okay, as fragrances go – especially since most scents don’t generally include audio equipment. Check out the pics: 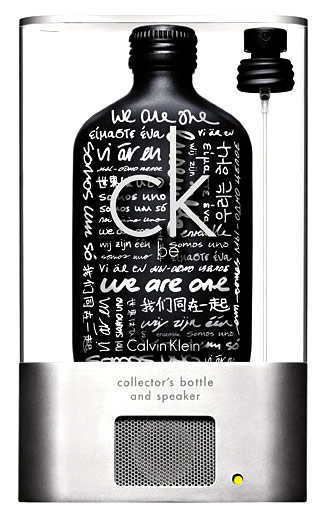