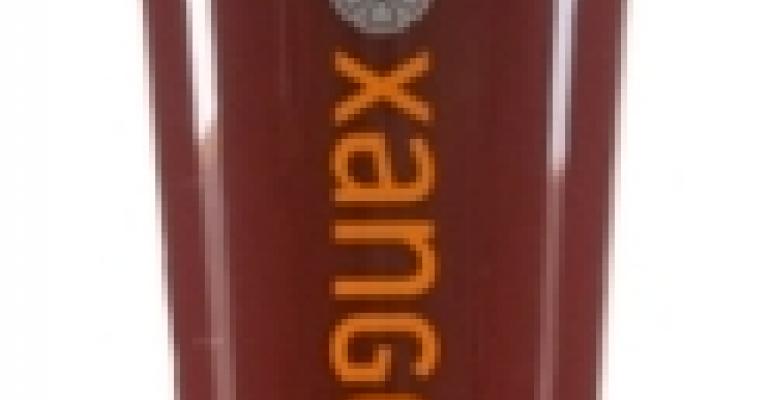 Nutritional supplement beverage Xango Juice enjoyed success with its original glass bottle, which first launched in 2002. However, according to R.D. Rex, director of technical services for Xango, the company saw room for improvement and considered a packaging makeover.

"Xango is always looking for opportunities to improve its business and products that are beneficial to customers and consumers," he says. "The glass bottle performed well, but we had some challenges in terms of weight and breakage. The bottle met our standards, but let's face it: glass does break, and it's heavy-so we started looking at ways to improve the weight, bulk, quality, transportation, production efficiencies and environmental impact of the packaging."

Before the company's bottle could make the lightweight leap, though, Xango and its packaging partners had to weigh a number of important considerations to ensure the new material and configuration met all of its performance requirements-not just those relating to sustainability and breakage.

Xango was founded in 2002 as a company aimed to provide products that promote wellness in various aspects of life-financial, physical and mental health. Xango Juice is the flagship product in the line, born when Xango co-founder Joe Morton was traveling in Asia pursuing other business projects. During his trek, he encountered mangosteen and learned that the fruit purportedly offered a wealth of health benefits. According to Rex, Morton had a light bulb go off in his head and thought, "This needs to go global."

After months of research, blending and taste testing, the company came up with Xango Juice, said to be the first nutritional supplement beverage that includes whole-fruit mangosteen. According to the company, the fruit puree concoction supports immune systems, respiratory systems and joint health. It is sold in cases of four bottles of 750mL each (the firm also sells 1-oz. single-serving Xango Juice packages in shaped pouches).

The primary-product bottles had been glass. Four years ago, however, the company began to explore alternative materials, and to seek a packaging partner who could facilitate the change and ensure all the company's goals were met with the new design. Xango selected Berlin Packaging, a firm with whom Xango was familiar.

"Berlin Packaging had been a long-time partner with Xango; they had provided us with our glass bottles," Rex says. "When we started looking into the change, we considered other options for the project. After evaluation, we found that Berlin Packaging met all of our needs."

Jon Jeffrey, district manager, Berlin Packaging, says that at the outset, the Xango team was concerned about maintaining the bottle's aesthetics-tall, sleek, curvy and unique to nutritional beverage shelves-and required a design that maintained its standout status.

"Xango was looking at customizing their stock glass bottle to differentiate and set themselves apart from the ‘me, too' competition," he says. Other concerns the team addressed included increasing the sustainability of the packaging, decreasing the carbon footprint of the packaging throughout the life cycle, conserving cost and reducing the risk of breakage. Jeffrey says that Xango has a great deal of company in looking to improve the environmental impact of its products-many Berlin Packaging customers in recent months have looked to migrate existing products to more sustainable packaging, while maintaining aesthetic and image concerns. Like many of those companies, Xango was looking to make a change to the overall packaging, maintain many of the appearance and performance characteristics, maintain the value and integrity of the product inside, reduce the carbon footprint and cost of goods, and boost the recyclability and consumer friendliness. 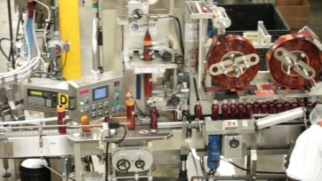 With Xango, it became clear that while the firm was looking to change the material, because the shape of the bottle was one of its strongest points, the profile should not veer too far from the original.

"The look was one of the primary factors we considered," Rex states. "The Xango brand is pretty tight with the shape. The iconic pinched-waist bottle is quite iconic and important."

Xango and the Berlin Packaging staff examined a host of alternative materials, including aluminum bottles, bag-in-box containers and flexible pouches. The final design the group arrived at is a PET bottle produced by Berry Plastics (on equipment from Sidel) with a full-body shrink sleeve produced by Zion Flex Pack. The cap is a black polypropylene closure with a tamper-evident band (also manufactured by Berry Plastics).

According to Rex, the resulting packaging effectively changes the factors that the Xango team was aiming to transform, while preserving the attributes that were important to maintain. 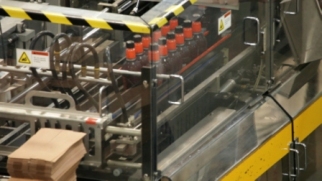 "The bottle doesn't get confused on the shelf in the store," he says. "People can tell the story-that was one of the most important factors in the transition. If you transition too significantly, the packaging won't be recognizable, so we thought the shape was a considerable consideration."

The change from glass to PET was well thought out. Between the time the team began considering the shift from the old packaging, to the time that Xango Juice was put into its new bottles, a great deal of time and deliberation took place.

"The PET bottles idea was approached four years prior to being launched," Jeffrey says. "At the time, the market and distribution channels were not ready for the change. Timing is everything."

The bottles are filled on aseptic equipment from Fogg Filler Co., by a contract packager that declined to be named in this story. Cases are produced by Packaging Corp. of America. 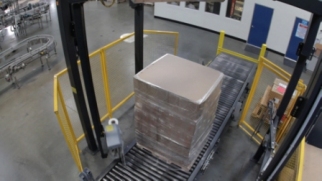 Xango unveiled the new PET bottle at its annual convention last year in Salt Lake City, in a unique and demonstrative way. Morton had an "oops" and dropped the bottle on the floor; the distributors in attendance gasped, but then sighed when the bottle bounced against the floor, rather than breaking.

According to Rex, the response from distributors and customers to the new PET Xango Juice bottle has been positive.

"The overwhelming majority have received it well," he says. "It's a lighter case, which is helpful to the consumer in that regard. We tested the plastic for feasibility to make sure we didn't compromise product quality at all."

Among the concrete benefits Xango reports seeing after making the change:
• The weight of the bottle was reduced from 508g to just 74g; the change has lowered its shipping costs by a significant margin.
• The lighter bottle weight enabled a single-wall outer carton to be used to replace a double-wall box. Also, eliminating the risk of package breaking enabled the company to use corrugated partitions instead of polystyrene to separate and protect the bottles during shipment.
• Eliminating the risk of bottle breakage meant less product waste.
• Recyclability of packaging at end of life was improved by replacing the glass bottle and metal closure with the PET bottle and PPE closure.

The Xango team, looking for deeper confirmation of what benefits the change imparted to the overall packaging, performed a lifecycle analysis based in part on Walmart's packaging scorecard. According to the company, the analysis showed that the transition to PET yielded a 34 percent reduction in energy use, and a 64 percent reduction in greenhouse emissions, even before figuring in the freight savings. Overall, the change has yielded an annual savings of 57 million pounds of materials and 2,039 metric tons of carbon dioxide emissions each year.