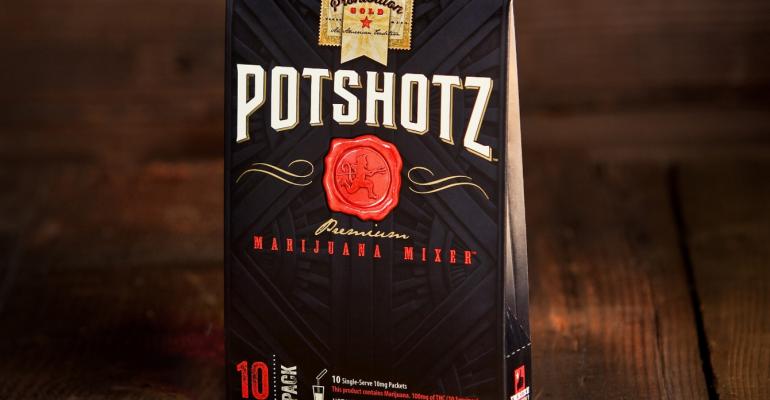 Company owners Greg Walters and Tom Williams detected significant opportunity in blazing new trails within the pot-infused product market, rather than following the herd. Existing product offerings, according to their view, centered heavily on super-sweet foods and beverages, none of which tasted very good.

“After about four months of research, we zeroed in on a segment of the marijuana industry that seemed untouched—virgin territory that we could create our own product category,” says Walters.

They created Potshotz, stick packs that contain 10 mg of the canabis ingredient THC per single dose of flavorless powder. After arriving on the product, Williams and Walters determined the packaging should stand out as much as the item itself.

“We chose to brand Potshotz to look more like something from a high-end distillery than the standard Bob Marley or Grateful Dead look associated most with marijuana,” says Walters. “We have gone mainstream where most manufacturers are still playing with the stoner culture.”

“We wanted to follow a direction that we know the consumer was already used to on a retail level, and we needed a package that didn’t require a lot of prep time to package in case lots,” says Walters. “We wanted a good billboard when in the stores that still clearly stated ‘quality’ to the consumer. We also wanted it to be slightly unconventional so it wasn’t just a standard box. The box also had to work in a glass case or could have a plastic hang tag applied to display on store walls behind counters.”

“We are the only powdered product on the market that doesn’t contain sugar so that is a big plus,” he says. “We aren’t pushing the health aspect other than stating the consumer can decide how they want to use it since it is only a quarter teaspoon of powder with no harmful additives.”

The inner stick packs are standard polyester film, similar to those used by other single-serve beverage vendors. These, according to Walters, were chosen for ease of production and consumer convenience. 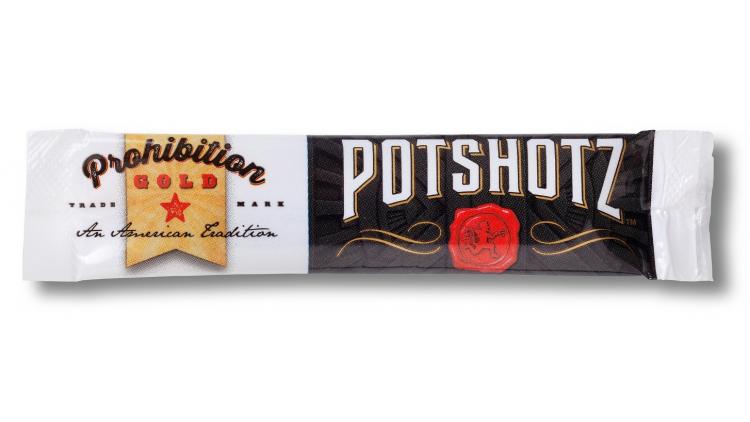 “We can produce 60 packs per minute, and they easily fit in the consumer’s purse, pocket or wallet,” he says. “They transport better than any other package we looked at and are extremely discreet because they are used for various different types of powdered mixes, so they can be used almost anywhere.”

While the unique look and feel of the packaging costs more than other containers in the pot-infused field, says Walters, the extra investment has proven successful.

“It has paid off with more sales quicker because of the interest from the consumer the packaging creates,” he says.

Potshotz are distributed in recreational marijuana retailers throughout Washington State.