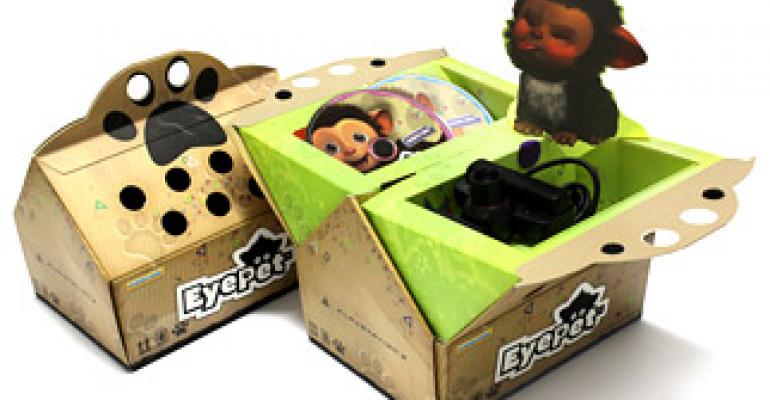 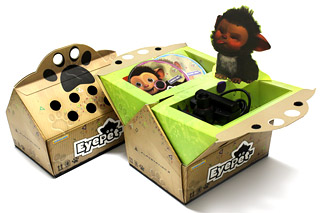 International packaging design company Burgopak has won the 2010 American Package Design Award for their Sony EyePet promotional pack. The house-shaped paperboard structure features a hinged “roof” that opens to present the game’s contents and actuates a pop-up of the EyePet character. The award-winning design encourages engagement between pack and user while complementing the interactive nature of Sony’s new PS3 augmented reality game.

This is the second consecutive year that Burgopak has won the American Package Design Award. In 2009 Burgopak received the award for their packaging of Target’s signature artisan chocolate line, Choxie.

Burgopak’s London office worked on the EyePet project in conjunction with graphic and interactive design agency GR/DD, who developed the pack’s graphics and initial pop-up concept.

In order for the idea to be realized, Burgopak’s structural design team developed a linkage and friction lock that allows the internal surfaces to move through 90 degrees and lock to form a flat table where the contents - the game’s software, literature and hardware - are securely held. In addition to solving practical issues, the unexpected nature of the pack’s opening experience provides a well-suited introduction for Sony’s augmented reality pet.

Graphic Design USA, a New York City based design magazine, organizes the annual American Design Award competition to draw a mix of submissions in a variety of media, including print, advertising, direct mail and digital pieces.