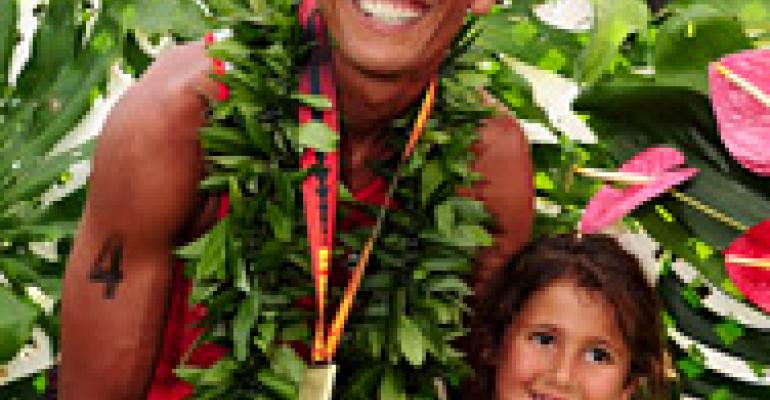 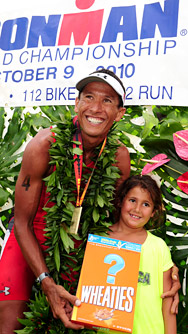 Chris McCormack finished the grueling 140.6-mile race in just over eight hours, at 08:10:37 to break through the finish line tape first of the approximately 1800 of the world’s top professional and age group athletes competing in the 2010 championship event. McCormack finished strong in the 2.4-mile swim with 51:36, and maintained a front position during his 112-mile cycle leg of 04:31:51. He finished ahead of the competition with a 02:43:31 26.2-mile run. This marks McCormack’s fourth top-10 finish and second championship at the Ford Ironman World Championship. McCormack also holds five Ironman Australia titles.

“We are so excited to welcome Chris into the Wheaties family and celebrate his tremendous achievement in winning this highly competitive championship,” said Wheaties Marketing Manager Dan Stangler. “The Ironman triathlon competitors are some of the toughest and most fit endurance athletes in the world, and each competitor to complete an Ironman competition is a champion in his or her own right. It is with great appreciation for what they do that we are showcasing a true Ironman champion on the Wheaties box.”

“Wheaties has long been known as the ‘breakfast of champions,’ which makes it an excellent choice for Ironman competitors,” said Ben Fertic, chief executive officer, Ironman. “The state-of-the-art nutrition in Wheaties FUEL can help today’s world-class athletes train for success.”

Wheaties FUEL will be supporting its role as the official cereal of the Ironman Triathlon with national television, print and online advertising. The brand will also have on-site activation at upcoming Ironman events in the form of signage, sampling stations and a presence on the run course to help fans encourage their athletes through the finish.