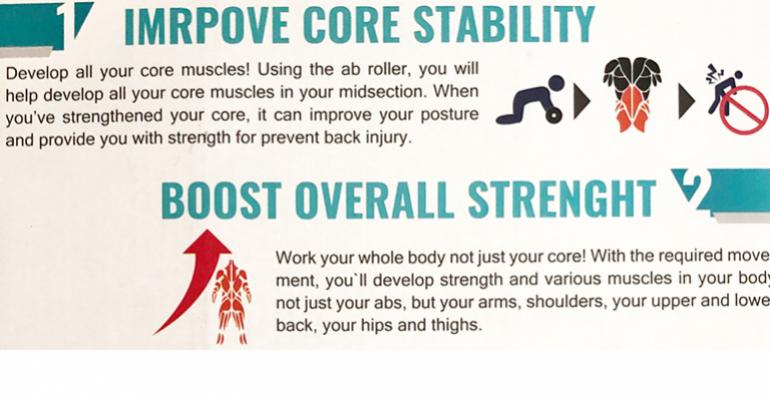 One typo printed in big letters on a product’s primary package is bad enough, but two? That’s downright egregious.

Imperfections are part of the human condition. However, when we come across flawed packaging, it’s surprising.

In extreme situations, we may wonder how the fail became, to quote a former editor of mine, egregious.

I knew when I first heard it that it referred to something that wasn’t good, but to be honest, I looked it up the first time he used it: e·gre·gious 1. outstandingly bad; shocking.

For editors, typos are the bane of our craft. Which leads me to recount a recent internet purchase from an Amazon vendor that yielded a pair of packaging fails that qualify as egregious not once, but twice. Before I take it to task, I want to point out the product itself is good. The offending package was a printed microflute box for an ab roller from N1 Fit that sported two major typos of common words. What confirms these as an egregious #PackagingFail is that they appear in large print as part of the back-of-box callouts of the ab roller’s major attributes. 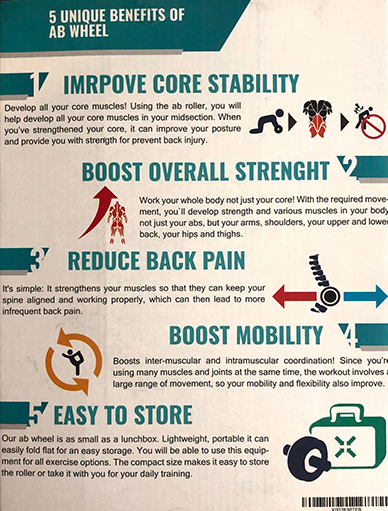 You can see in the photos exactly what they got wrong; these are words 5th graders can spell.

It’s mystifying how these obvious misspellings could be missed except for a printed clue on the package: Designed and Developed in the U.S.A. Made in China.

Ironically, there’s an abundance of secondary copy before, between, and after the offending words that appear typo-free, though there is a grammatical error in the same section as the typos (can you spot it?).

I’m also generally uncomfortable pointing out the flaws of others without pointing out my own; I’ve certainly made dozens of typos that have appeared in stories over the years. That's one reason I’ve embraced the print-to-digital conversion that made corrections after publishing instantaneous and easy. Printed typos may have years of shelf life.

The most egregious misspelling I recall making was in the 1990s during my first stint with Packaging Digest. It was of course in a headline, and I can still see it clearly in my mind’s eye.

The feature was about three Russian packaging innovations for which I used the word Troika in the headline, which refers to a group or team of three. I thought it appropriate and clever, but I failed to confirm the word's spelling. As did my editors. It ended up printed in permanent ink on a tabloid-sized page as Trioka. I only realized the fail after I received the print issue and checked the story and only then thought to confirm the spelling. I may have gasped aloud from my cube.

Over time that turned into amusement, and eventually I could laugh at my mistake. Isn’t it said that whoever laughs at his own mistakes never laughs alone? If not, then I just made that up.

We learn from our mistakes and so did I: I have not mentioned that incident or used that word in an article until now. Since that gaffe I have frequently rechecked spellings — first and foremost headlines — and welcome rather than rail against spellcheck software.

And in one amazing coincidence of timing, this morning I received an email from Troika Systems.

We welcome hearing from you about any packaging fails or misfires you come across, drop us a note.

Lastly, few mistakes are permanently engraved in stone or metal, though there are exceptions to every rule like this inspiring quote engraved on an aluminum bar purchased from a second-hand store that I keep near my desk: