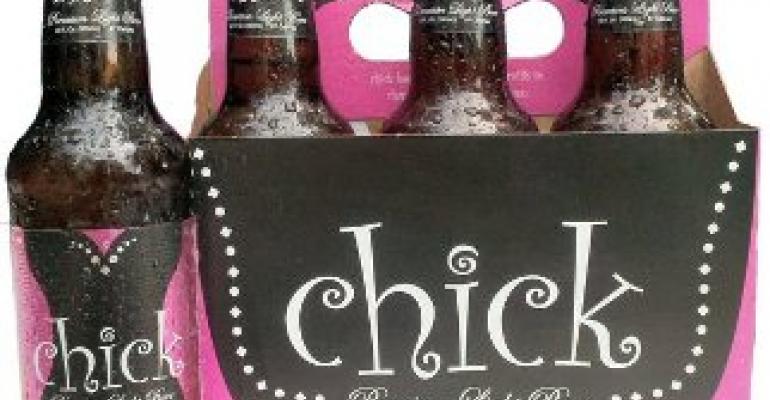 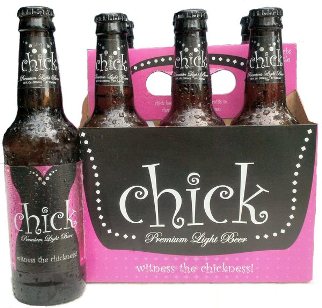 The cardboard holder looks like a purse. The bottle, like a black cocktail dress. The color scheme is pink and black. The company slogan is "Witness the chickness!"

Welcome to Chick Beer, a "premium light beer" showing up in convenience stores and specialty beer shops in the Treasure Valley.

As you may have guessed, this beer is unabashedly marketed to women. In fact, the company revels in it. In its press materials, the company says Chick Beer is "a new beer created by a woman, exclusively for women" who are "fun loving, smart and independent."

To add a somewhat head-scratching twist to the story, Idaho is just the third state in the nation where Chick Beer is sold, joining Maryland (where Chick Beer was born) and Indiana.

The Cowgirls Saloon in Kuna just started serving Chick Beer, and the reaction so far is reportedly positive.

A BEER FOR MOMS?

Taste-wise, Chick Beer is a standard light American lager -- not really a surprise for a beer that boasts it has only 97 calories and 3.5 carbs per bottle.

Marketing-wise, the company does the full-court press on how woman-centric the brew is. This quote from company founder Shazz Lewis wraps up the firm's philosophy:

Lewis and company weren't available Wednesday to respond to suggestions that the beer's marketing could be seen as demeaning or sexist. But the Chick Beer website does address charges of being sexist.

"We probably are, in that we are clearly not designed for men. Sorry guys, but you have hundreds of choices that are made for you," the website says.

"What we think is sexist is that the beer industry has totally ignored the female beer-drinking market," the site says. The company says U.S. women drink 700 million cases of beer annually, a fourth of all beer consumed.

Ace Cary, a waiter at Bonefish Grill in Boise, took issue with how Chick Beer targets only half the market.

"I think it is a dumb marketing scheme," he says.

Chick Beer was brought to the Southwest Idaho market by Mann (no, that's not a typo or a joke) Distributing Inc., a Boise business that started in December.

Mann beer manager Tyler Bell said the staff was on the lookout for new and interesting beers to bring to Boise and felt Chick Beer would fill a niche.

Bell asked Lewis how women were reacting to the marketing. "They told us there were (some) women offended by the black dress or bottle colors, but there were also a lot of women who thought it was cute and that the beer itself was good and different," Bell says.

Mann has 20 accounts for Chick Beer in the Valley -- mostly at convenience stores, gas stations, bars like Cowgirls and Boise's Balcony Club, and some specialty stores like Brewforia, Brewer's Haven, Bier:Thirty and the Boise Co-Op. It is sold in bottles, so don't expect to see it on draft anytime soon.