With an estimated 246 million diabetic patients in the world, and incidence of the disease mounting constantly, a new insulin injection pen for the treatment of diabetes is about to go into production in France, to be made and marketed by the Eli Lilly and Co. Group and handled by Rexam Pharma (www.rexam.com). Rexam's La Verpillière plant in Isère, France, which specialities in drug-delivery systems such as asthma inhalers and injection devices, was inaugurated on June 18 for construction of an expansion for the pen project.

Eli Lilly and Rexam are both investing in their French manufacturing facilities in order to produce the pen. The result of several years of collaboration between Rexam Pharma and the Eli Lilly and Co. Group, the insulin injection pen partnership is expected to go onstream in 2009.

Incorporating more than a dozen plastic parts and a metal spring, the new insulin injection pen will feature two sections: one has a dose-selection mechanism and the other forms a protective cap. The two pen sections will be produced at the La Verpillière site, while Lilly's Fegersheim site in Alsace near Strasbourg will produce a glass cartridge filled with insulin that will be inserted into the pen. The new pen will be marketed worldwide.

Lilly's Fegersheim site, which specializes in injectables, is the company's biggest industrial production site in the world, with production for insulin, parathyroid hormone and growth hormones. The Fegersheim plant will also assemble the pen sections around the glass cartridge of medicine during the device's final assembly process.

To produce the pen section components, Rexam will equip it plant with dedicated Staubli (www.staubli.com) robotic systems, injection presses, marking machines and an assembly line with ultrasonic welding, sticking and packaging technology. Each phase of the process will be camera-monitored, Rexam says. About 3,800 sq m of the La Verpillière building will be devoted to manufacturing the product to meet global demand.

Designed to be produced by multiple molds on injection presses at La Verpilliere, the plastic parts will be made of materials chosen specifically by the Lilly group according to the particulars of the end use of the device.

Before the pens can be brought to marketable production, equipment validation will take place to provide diabetic patients who use the pen with what Lilly calls “perfect reproducibility of the injected doses.”

Laurence Quesdeville, Rexam's communications spokesperson in France, tells PD that Rexam is investing 7 million euros in equipment for the project at the La Verpillière plant. The facility specializes in drug-administration systems, such as inhalers for asthma and injectable devices.

“The objective is to set up and validate the industrial equipment in hopes of starting production in 2009,” Quesdeville explains.

Rexam says its facility adheres to Good Manufacturing Practices (GMP) in compliance with pharmaceutical industry requirements that apply to both the actual medicine and its container.

Lilly's most important production site at Fegersheim is transforming an existing 600 sq m and investing about 35 million euros in new production methods, the first of which will be delivered in the second half of 2008.

After Rexam's acquisition of Precise Technology USA in 2005, it established a relationship between Rexam Pharma at La Verpillière and Lilly Laboratories' production site at Fegersheim. 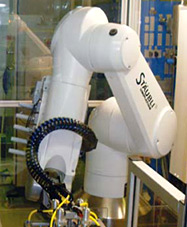 Rexam says it is demonstrating the capacity to manage such a large-scale industrial project, and Lilly is bolstering its supplier portfolio for plastic parts, entrusting the production of the pen parts to Rexam.

Special project teams at both companies are making the long-term cooperation possible. The partnership is expected to create approximately 50 jobs at the La Verpillière plant in the long run, Rexam reports.