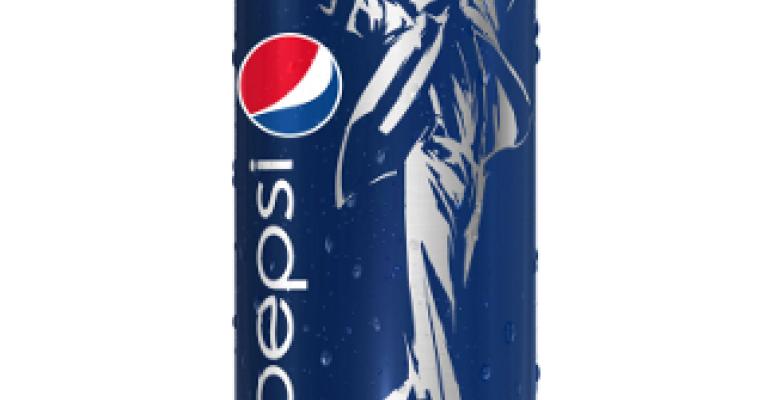 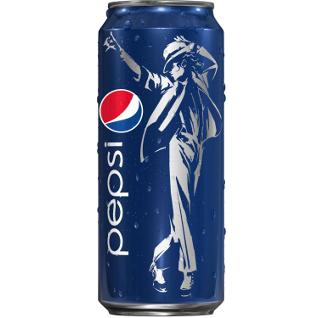 Pepsi has developed an exclusive global partnership with the Estate of Michael Jackson as part of its new "Live for Now" campaign, which Pepsi fans around the world will experience in a variety of ways—including an engaging retail campaign featuring one billion special-edition Michael Jackson Bad 25 Pepsi cans, iconic music, epic live events and opportunities for fans to access special edition merchandise.

The partnership coincides with the 25th anniversary of Jackson's multi-platinum "Bad" album and record-breaking tour, around which the Michael Jackson Estate and Sony Music have celebratory projects underway.

To celebrate Jackson's incredible contribution to pop music, Pepsi, Sony Music and the Estate of Michael Jackson have teamed up to share new mixes of legendary Michael Jackson music from the "Bad" album with fans around the world, proving that the King of Pop is not only the world's most iconic artist from the 20th century but also influencing music in the 21st century as well.

Brad Jakeman, president, Global Enjoyment Brands, and chief creative officer, PepsiCo Global Beverages Group, says, "Pepsi has always been at the forefront of pop culture, helping to shape the music landscape. This unique global partnership, around such a legendary music milestone, invites Pepsi fans from around the world to experience Michael Jackson's music in an engaging and very now kind of way—it's a model example of how Pepsi's 'Live for Now' campaign can manifest itself in a way that resonates the world over."

Pepsi will feature iconic silhouette imagery of the King of Pop on cans with the launch of collectible limited-edition can designs. Pepsi will also run contests in markets around the world giving fans the opportunity to win merchandise, including a limited number of jackets inspired by the original staff "Bad" tour jackets and tickets to Michael Jackson THE IMMORTAL World Tour by Cirque du Soleil, the No. 1 touring show in North America.

"We are thrilled to bring Michael and Pepsi back together, as they were in 1988, to celebrate the 25th anniversary of the 'Bad' album and tour and to put Michael on one billion Pepsi cans—perhaps a Guinness record," comment John Branca and John McClain, co-executors of the Estate of Michael Jackson. Branca and McClain add, "We're excited to see it all come to life."

China and the United States will be among the first Pepsi markets to launch the exclusive Michael Jackson King of Pop activity in 2012, with approximately 20 additional markets in Asia, South America and Europe continuing the international roll-out throughout the rest of the year.

On May 5, 2012, in China, a 330ml limited-edition can will be available at retail locations nationwide. In addition, from May 15 to June 14, 2012, fans will be encouraged to share photos of their valuable Jackson collections or original artwork celebrating him, for a chance to win tickets to Michael Jackson THE IMMORTAL World Tour by Cirque du Soleil, as part of China's "In Honor of King of Pop MJ" promotion.

Later in May, the U.S. will launch a nationwide retail campaign including a limited-edition 16-oz King of Pop Pepsi can, as well as initiate a retail, music-themed promotion.

Frank Cooper, chief marketing officer, Global Consumer Engagement, PepsiCo says, "Michael Jackson will always be the King of Pop, and his music has always inspired fans and artists alike. But, this partnership goes beyond nostalgia and will engage with consumers all around the world with iconic imagery on more than one billion Pepsi cans, digital content and epic, live events, so that they can continue to connect with Jackson's music and honor his legendary impact on entertainment."

Michael Jackson has a long standing relationship with Pepsi spanning more than 25 years. The legendary King of Pop starred in his first Pepsi campaign alongside his brothers in 1983, as part of the Pepsi "New Generation" campaign followed by Pepsi's sponsorship of the epic "Bad" Tour and the iconic "Chase" commercials which served as the impetus for the current reunion. Pepsi also featured Jackson in the "Music Icons" commercial that premiered during "The X Factor" in 2011.

Pepsi's new "Live for Now" campaign is a culmination of extensive global research demonstrating Pepsi fans' desire to capture the excitement of now and live each moment to the fullest. First launched in the U.S. in April 2012, "Live for Now" will come to life through a breadth of global, pop-culture platforms, events and unique partnerships and will begin to roll out globally throughout 2012.