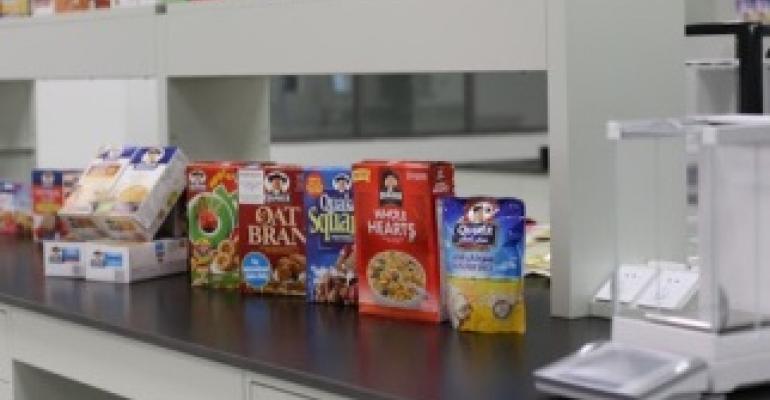 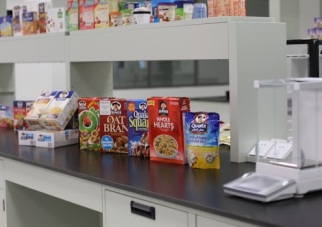 PepsiCo Inc. has announced the opening of a new food and beverage innovation center in Shanghai, China. The state-of-the-art facility, which is PepsiCo's largest research and development center outside of North America, will serve as a hub of new product, packaging and equipment innovation for PepsiCo's businesses throughout Asia.

The new facility is equipped with an advanced culinary center and test kitchens focused on developing and tailoring PepsiCo food and beverage brands for distinct, locally relevant taste preferences throughout the region. In addition, the facility will house a pilot manufacturing plant that will allow researchers to quickly test new product ideas and support efforts to significantly accelerate the pace of PepsiCo's innovation in China and other growing Asian markets.

It is one of PepsiCo's most integrated food and beverage R&D centers anywhere in the world, a combination that is designed to unlock new opportunities for breakthrough innovation across the company's diverse portfolio of complementary brands and enable greater speed and efficiency throughout the entire R&D process. The new Shanghai facility will also work collaboratively with other PepsiCo R&D locations around the world to share insights and best practices.

"Innovation has always fueled PepsiCo's growth engine and enabled us to build a portfolio of great-tasting, convenient food and beverage brands that are loved by consumers around the globe," said Saad Abdul-Latif, CEO, PepsiCo Asia, Middle East & Africa. "The Shanghai facility is a game-changer for our business that we expect will fast forward our innovation throughout the entire region."

"PepsiCo continues to build global research and development capabilities that are differentiating our brands in the marketplace and driving attractive new growth opportunities," said Mehmood Khan, executive vice president and chief scientific officer, PepsiCo. "This center will play an important role in our global R&D network by bringing cutting edge technology and innovation to our businesses in China and throughout Asia Pacific and partnering with other PepsiCo locations to achieve new breakthroughs in other parts of the world."
The new R&D center was built in line with the criteria established by Leadership in Energy and Environmental Design (LEED), the world's leading green building standard, and uses advanced technologies and processes to conserve natural resources and reduce operating costs.

Mr. Dai said: "PepsiCo is one of the world's most successful food and beverage companies, and we're proud that they continue to grow and invest in China. Shanghai is a vibrant business center with a wealth of human capital, informational technology, and commerce that continues to attract great companies like PepsiCo. Multinational companies are playing an important role in Shanghai's continued development, and we look forward to having PepsiCo as part of the fabric of Shanghai for many years to come."

Tailoring Global Brands for Local Tastes
PepsiCo has a strong portfolio of global food and beverage brands that includes 22 brands that generate more than $1 billion each in annual retail sales. A key focus of the PepsiCo Asian R&D center will be tailoring these brands for regional consumer taste preferences and developing locally relevant new products. PepsiCo has developed and launched a number of locally relevant new products in Asian markets in recent years, including:
• A series of popular new Lay's potato chip flavors, including the successful 'cool range' featuring cucumber and ice lemon tea flavors, as well as regional favorites such as hot and sour fish soup and seaweed. Local flavors have played a key role in making Lay's the world's largest food brand.
• Popular new flavors across the company's carbonated soft drink portfolio, such as sour plum and peach flavors of Mirinda, one of the world's largest flavored soft drink brands.
• Quaker Oats for Rice and Quaker Congees, made with whole grain oats and locally relevant ingredients like red dates, wolfberry and white fungus. These new items have helped drive Quaker's overall growth throughout the region, where it is quickly establishing itself as one of the largest cereal and nutrition brands.
• Popular juice offerings, such as Tropicana Pulp Sacs juice drinks sold throughout the region that were created to meet the flavor and texture preferences of Chinese and Asian consumers, and Tropicana CoCo Quench, a delicious new coconut water in the Philippines.
• Smith's Extra Crunchy, a popular line of Australia's top-selling chip brand that comes is a range of locally relevant flavors, including flame grilled steak and honey glazed ham.
• Quaker NutriGo, a powdered oat-based beverage in the Philippines that offers the nutritional benefits and great taste of Quaker Oats in a package that combines convenience and value for Filipino consumers.

The opening of the new R&D center and pilot manufacturing plant in Shanghai is the latest in a series of steps PepsiCo has taken to strengthen its business across Asia. During 2012, PepsiCo has:
• Completed a strategic beverage alliance with Tingyi to create the number one liquid refreshment beverage system in China.
• Opened new beverage manufacturing plants in Kunming and Zhengzhou, China. The Tingyi-PepsiCo beverage system now has more than 70 manufacturing plants across China and provides consumers with several of the country's most popular beverage products, including: Pepsi-Cola, China's top-selling cola; Mirinda, China's top-selling flavored carbonated soft drink; Gatorade, one of China's top-selling sports drinks; China's top-selling tea and water brands, sold under the Master Kong brand name; and China's largest juice portfolio.
• Opened a new Frito-Lay manufacturing plant in Wuhan, China that is equipped with one of the most advanced potato chip production lines in the world and will support plans to fuel the expansion of PepsiCo's snacks business in China, where Lay's is the top-selling chip brand.
• Signed an agreement to form a strategic beverage alliance with Suntory in Vietnam, where PepsiCo is one of the leading liquid refreshment beverage companies. The alliance, which is subject to the completion of legal processes, is designed to combine the capabilities of both companies in ways that are mutually beneficial to their businesses, customers and consumers.
• Signed a distribution agreement with Diamond Star, one of the largest consumer packaged goods distributors in Myanmar, to distribute PepsiCo beverage brands in the market.