The Perilous Pitfalls of Poor Packaging 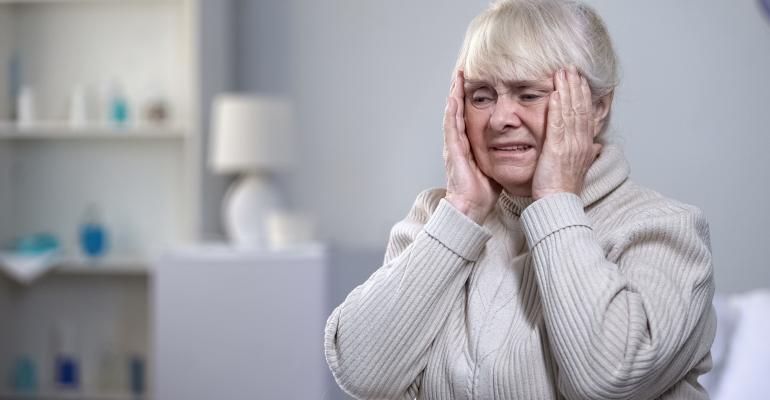 Senior, former nurse, and packaging critic Hannah Boulton is mad as hell and not going to put up with badly designed packages anymore. Here’s what she’s doing about it.

This is how it all began. I was trying to open Flonase, a steroidal nasal spray used for allergies. It is cheaper at Costco and CVS in packages of two or three.

But the multipack is hard plastic. I couldn’t cut it with my kitchen scissors, so I got a serrated knife and was trying to saw it open when I cut my finger. Deeply.

That’s when it came to me. Why am I and so many other citizens putting up with grocery items and packages across all retail lines that need super-human strength or a sharp object to open? If my Mister Twister gripper doesn’t work, and running a jar lid under hot water doesn’t loosen the top, and using the rubber band method fails, I use a beer opener to pop the seal. How many times have I pierced a finger? Too many.

A line from the 2012 movie Network came to mind: “I’m mad as hell and not going to take it anymore!”

Then and there, I decided to speak with other seniors and learn all I could about packaging and injuries from poorly designed containers.

But first, I was a little more self-serving. I emailed my primary care physician, explaining my dilemma, and asked for a different delivery of the active ingredient in Flonase. Not only was that package hard to open but did not fully deliver all of the contents, wasting my money. She came through and prescribed generic Nasonex! I just have to open a box to get to a sprayer, which works until the contents are mostly gone. 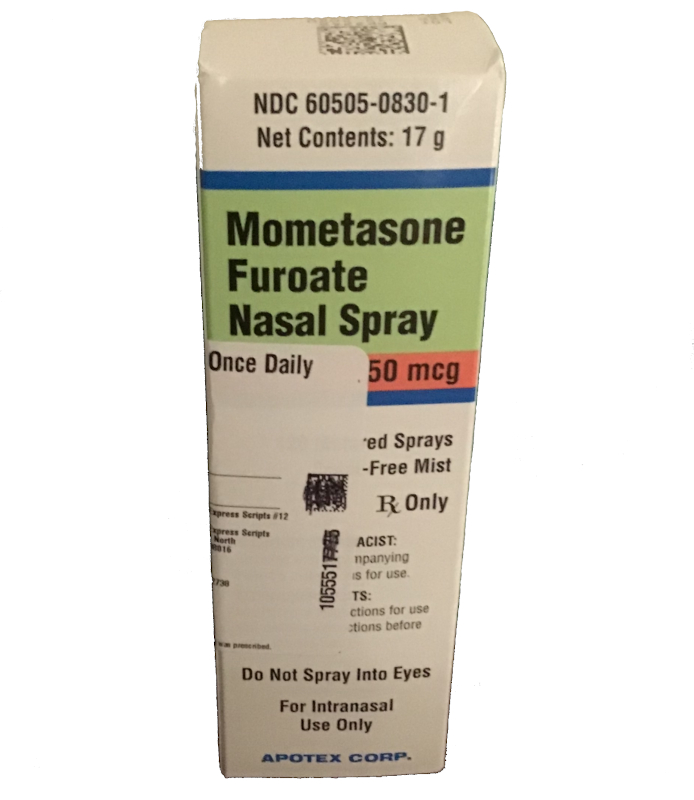 Hannah's doctor prescribed her a generic version that comes in a carton that is much easier to open than the plastic blister.

After discussions with people of all ages, and the Service Corps of Retired Executives (SCORE), I decided to launch a small business, named Openez, which is designed to facilitate discussion between seniors, retailers, designers, and manufacturers.

Injuries and wrap rage are real.

Here is what my research uncovered. The main role of packaging is to protect a product in transit and storage. It should protect flavor, freshness, and disintegration. In the past several decades, the need for child proofing, tamper proofing, and theft prevention have become apparent, but we’ve gone overkill with the solution, especially with items too large to steal. A garden hose water timer in hard clamshell packaging? I shall not buy it.

For a while during the past decade, packaging for seniors was a hot topic. It was viewed as “the next untapped market.” A few improvements were made.

But then the focus centered on sustainability. Having lived in France and Germany for brief periods, and seen their approach, I believe we can have both senior friendly and sustainable packaging. We should not have to use our teeth, knives, beer openers, screw drivers, garden clippers, or any sharp objects to access a product.

Our Centers for Disease Control (CDC) and hospitals do not keep records of emergency room visits due to injuries from sharp packaging itself, an object used to pry one open, or access-related sprains. The UK does, though. And in 2009, more than 67,000 emergency room visits resulted from packaging injuries — primarily deep cuts and sprains. That is 67 thousand wounds and sprains and skin tears for a country with about one third the population of the US.

Wrap rage is the term coined to describe “the frustration resulting from the inability to open hard-to-remove packaging.” I have experienced this. Have you?

This rage affects people of all ages but it is a real public health problem for seniors with decreased vision, arthritis, and skin that’s prone to tearing and slow to heal. We become so frustrated and furious, that we literally and figuratively “loose our grip.”

Here’s a demonstration of wrap rage from Larry David in an episode of HBO’s Curb Your Enthusiasm.

Seniors, including myself, find these following containers the most problematic:

• Caps that need to be pushed down and twisted.

• Caps that need to be pushed up after an arrow has been correctly aligned first.

• Cans that have a tab to pull back, but no easy way to get under the tab.

• Packages wrapped in thin film, which require a knife to remove.

• Children’s toys that need assembly and have parts tied down with plastic or metal twist-ties.

And what I have found in my discussions with grocery chains and small focus groups with seniors is that large store-brand products, like Shaw’s and Market Basket, have packages that are harder to open than the national brands. They are not motivated to change any of their private-label packaging because no one is complaining, and we think, wrongly, that we have no power to force change.

Who is responsible? And what can seniors do?

Retail stores don’t admit to a packaging problem, because items are usually not returned, even when we injure ourselves. They say they have no control and that the companies making the products, their designers, and manufacturers are responsible. And it’s expensive for a company to buy new machinery to run a different package.

But the population in the US is aging. And we are worth it!

Seniors represent 16% of the population, but that number will grow as Baby Boomers age. Baby Boomers (born between 1946 and 1964) number 76 million. Several characteristics define us. We spoke up and protested. Despite the always underlying poverty in each generation, we are the wealthiest, most physically active generation, and have resources for food, clothing, gifts, and retirement programs. Additionally, in the US, we have the Silent Generation (born between 1928 and 1945) living well into their nineties, with many living alone.

Here’s what we can do to effect change (I’ve already started):

• Return items to stores that we cannot open, especially those that have caused us injury, ask for our money back, and show skin tears, cuts, if possible. Money talks. Can you imagine if there were a turn-in Tuesday, where millions of seniors returned poorly designed packages that caused injury or that could not be opened?

• Find out who is testing new products. What percentage of seniors are involved in determining if a new design is safe and easy? What is the cut off age for these testers? Do these tests represent the actual demographics of an aging America?

• Promote good product packaging innovations and companies. Ask pharmacies and grocers to stock products in easy-open packages. For example, in May 2020, Packaging Digest senior technical editor Rick Lingle wrote an article about EEasy Lid that linked to a study testing the new closure. Of those participating, 13.8% were seniors aged 65 to 74. While that is commendable, what about the increasing number of 80 and 90 year olds living alone?

EEasy Lid looks promising. Seniors can search for products with these lids and purchase them. One just pushes a button and the seal is broken, making the containers easy to open.

Here’s another example. Care One has a beautifully designed baby aspirin bottle, featuring a large top with grooves for a good grip. And the bottle contents and dose are easily read! Care One needs to know we like this product.

We need to speak up with criticism and praise.

We are not the Silent Generation. If all else fails, we can open our windows and yell, “I’m mad as hell and not going to take it anymore.”

Also, help me help you. The Safe Packaging for Seniors survey below aims to identify troublesome packages and work to make them better. Please share this survey link (www.surveymonkey.com/r/OpenezSeniors) with seniors you know. If you are age 55 or older, feel free to take the survey yourself. Packaging Digest will share the results with you in a couple months.