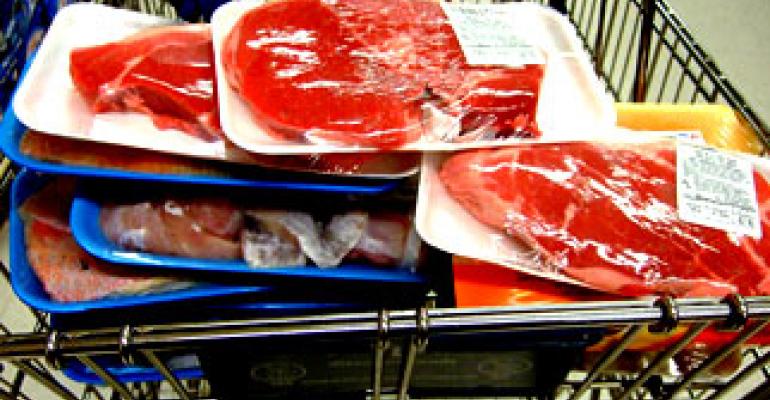 A new national food safety and labeling poll conducted by Consumer Reports National Research Center reveals that many consumers have growing concerns about food safety. According to the study, they want the government to inspect the food supply more frequently and to publicly disclose where food safety problems arise.

"The Consumer Reports poll shows that Americans overwhelmingly expect the government to do much more to protect the public from contaminated food," said Urvashi Rangan, Ph.D., Senior Scientist and Policy Analyst at Consumers Union. "Consumers want to know that the food they buy meets the standards they expect -- our poll shows that right now, that is not the case.”

While 73 percent polled currently regard the overall food supply as safe, nearly half (48%) said their confidence in the safety of the nation's food supply has decreased. A slight majority of Americans feel the government is doing all it can to ensure food safety (54%). Eighty-three percent of respondents are concerned with harmful bacteria or chemicals in food and 81 percent are concerned with the safety of imported food.

At present, the Food and Drug Administration (FDA) inspects domestic food production facilities once every 5 to 10 years, and foreign facilities even less frequently. And while U.S. Department of Agriculture (USDA) must inspect meat plants daily, the FDA has no such requirement for other food processing plants.

The American public, however, expects the FDA to conduct hands-on reviews of food-processing plants far more often. In fact, two-thirds of respondents said the FDA should inspect domestic and foreign food-processing facilities at least once a month.

More than 8 in 10 consumers strongly agree that when food safety problems arise, the FDA should disclose to the public the location of retailers who sold the potentially harmful food, including fish, produce, and processed foods, as the USDA is currently required to do for meat.

Over 80 percent of consumers also want the government to be able to require a recall, quickly and accurately trace food from production to sale, and strongly agree that the USDA should disclose to the public information about schools, healthcare facilities, and other public and private institutions that receive recalled meat.

Country of Origin Labeling (COOL)
Americans want to close loopholes for processed food, butcher shops and fish markets. Mandatory country of origin labeling (also known as "COOL") for meats, fish, produce and peanuts was finally implemented on September 30, 2008, but there are large loopholes that the majority of consumers want closed.

Ninety-five percent of consumers polled believe that processed or packaged food should be labeled by their country of origin and that country of origin labeling for products should always be available at point of purchase. Processed (i.e., roasted, salted, smoked) and mixed ingredient foods are currently exempt.

Next week, the USDA National Organic Standards Board (NOSB) will meet to decide what the USDA "organic" label should mean for fish. The NOSB will vote on their recommendations for "organic" fish production that currently allows the use of fishmeal from wild fish -- which has the potential to carry mercury and PCBs -- and open net cages, which flushes pollution, disease, and parasites from fish farms directly into the ocean, adversely impacting wild fish supply, sustainability, and health of the oceans. Currently, fish is allowed to carry an organic claim as long as it isn't a USDA "organic" label.

An overwhelming majority of Americans -- 93 percent -- polled agree that fish labeled as "organic" should be produced by 100 percent organic feed, like all other organic animals. Ninety percent agreed that "organic" fish farms should be required to recover waste and not pollute the environment and 57 percent are concerned about ocean pollution caused by "organic" fish farms. More than 4 in 10 polled are concerned about the health problems associated with eating wild fish.

Americans want cloned or genetically engineered animals to be labeled; Most would not buy such meat or milk

Nearly 7 in 10 American consumers believe that cloning of food animals should be prohibited and nearly 6 in 10 consumers polled are concerned about meat or milk products from cloned or genetically engineered animals. FDA recently proposed allowing these foods to be sold without labels. According to the poll, an overwhelming majority of Americans feel otherwise:

--  95 percent agree that food products made from genetically engineered animals should be labeled as such.

--  94 percent agree that meat and dairy products from cloned animals should be labeled as such.

After soliciting public comments for more than three months, USDA is finalizing its standard for meat that could carry a "naturally raised" claim. The government proposes a very limited definition -- only that the meat should come from an animal not given antibiotics, artificial hormones, or animal byproducts. According to the survey results, American consumers want the "naturally raised" meat claim to mean much more, including that it came from an animal that:

The majority of survey respondents (69%) also did not want salt water to be added to the cut of meat.

--  Nine out of 10 Americans agree that meat that contains any irradiated components should be labeled as such. (USDA is considering exempting irradiation of whole carcasses from labeling.)

--  Less than 1 in 5 consumers are willing to pay more for organic milk from cows confined indoors and without access to pasture.