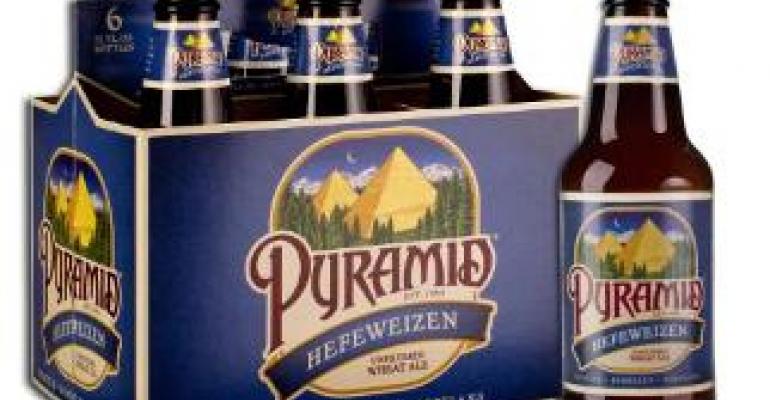 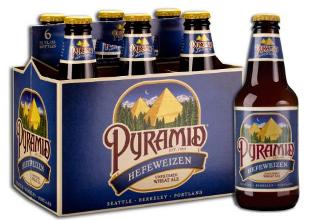 Earlier this year, Pyramid Breweries announced it would return its flagship Pyramid Hefeweizen beer back to its roots. Starting this week, consumers will begin to see the beer in market with a new look that better reflects the Pyramid heritage and tradition consumers grew to rely on and love in years past. In addition to Pyramid Hefe, Pyramid's Apricot Ale and Thunderhead IPA also underwent a packaging facelift.

About the new design:
From pyramids as focal points, to font and overall tone, Pyramid's goal was to stay true to its roots and help consumers to easily identify the beers they've loved for decades. New packaging highlights include:
• Pyramids: The iconic pyramids once again become the focal point of the new design, paying tribute to the brand's original look and feel. The landscape represents the place where Pyramid Breweries was born and reinforces its Pacific Northwest heritage. Consumers can expect to see the iconic pyramids in the forefront of Pyramid packaging and branding moving forward.
• Font: Consumers will notice a shift in font for the Pyramid name, similar to a look the brand utilized in the past. The original font became a trusted symbol over the years for quality and excellence, easily allowing consumers to identify and connect with great beers.
• Design tone: The new design features a more simplistic, cleaner look that better represents Pyramid and what it stands for. Trusted, reliable and authentic, consumers can rely on Pyramid to deliver a great craft beer experience.

"Consumers spoke and we listened. What makes our beer special is its authenticity, heritage and Pacific Northwest origin. It's about telling a story that Pyramid offers a trusted craft beer experience every time. It's about paying tribute to our roots. The new Pyramid packaging truly reflects that," Daley says.

The new Pyramid packaging is just one of many exciting changes on the horizon for Pyramid Breweries. In 2012, consumers can expect to see several new and exciting brews, namely Pyramid Outburst, an Imperial IPA, which will become a year-round offering beginning in February. Its popularity as a seasonal beer was so high, Pyramid decided to expand Outburst, making it available to consumers throughout the year.

"We know that continuous innovation is key for our craft beer consumers," Daley says. "We're looking forward to 2012 as we create more unique varieties and experiences for people to discover and enjoy our beers."

Pyramid will apply the new look to all of its year-round beers, including six and 12-pack bottles, 22 oz. bottles and draught beer tap handles. Consumers can expect to see the new packaging roll out in mid-December for its Hefeweizen, Apricot Ale and Thunderhead IPA.