QR codes on Coca-Cola cans are music to consumers' ears 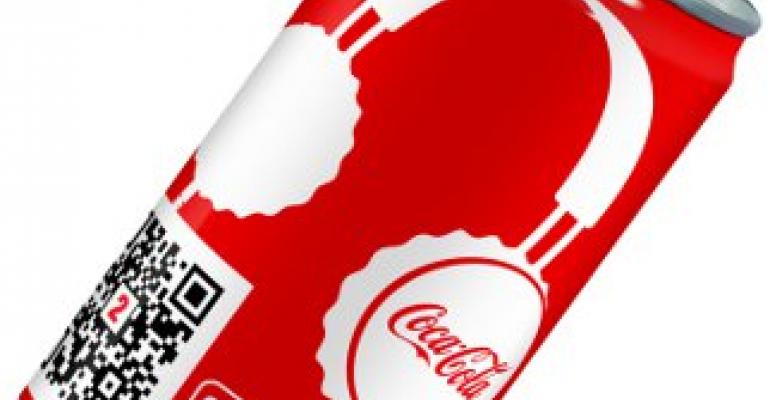 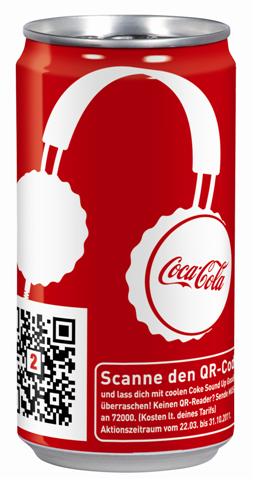 Can in one hand, smart phone in the other and music on the earphones-summer time, and the living is fun. Two new design motifs on the new 25cL Coca-Cola sleek can promote Coke Sound Up, a campaign launched by Coca-Cola in spring 2011. In cooperation with participating bands such as Mando Diao, Coca-Cola plans exclusive once-only music shows in German cities where the details stay secret till the last minute.

The beverage giant partnered with Ball Packaging Europe to create packaging that becomes a versatile accessory for young lifestyles. The beverage cans connect music to the drink refreshment experience by quickly linking consumers armed with smart phones to the Coke Music Portal, the official webpage for the Coke Sound Up campaign. "The cans appeal to consumers through multiple senses at the same time-taste, hearing and sight-for an interactive multimedia fresh-up," says Gerlof Toenhake, who is director of marketing at Ball Packaging Europe.

Drum and earphone designs help consumers quickly locate the QR code. Consumers then simply scan the QR code with the mobile phone's camera, and the code takes the phone browser straight to the Music Portal, which is online at all times.

The 25cL sleek can adds to the sense of mobility with its handy format, answering a need for refreshment that is easy to carry. Coca-Cola successfully launched the new small beverage cans on the market last year, partly with sampling campaigns. Coca-Cola Zero, Mezzo Mix Orange and Fanta Orange also hit the shelves in 25cl cans at the start of 2011. Coca-Cola's sales figures for the past year show how the sleek can fills a gap in the market. Instead of denting sales of 0.5L PET bottles and 33cL cans, they added to the total sales volume.

To further enhance the packaging's appeal for younger consumers, Coca-Cola has started the campaign with four different cheeky slogans. The alternating motifs appear alongside the logo on the small cans.

German-literate consumers outside of Germany can visit the Sound Up portal at http://mobile.cokesoundup.de