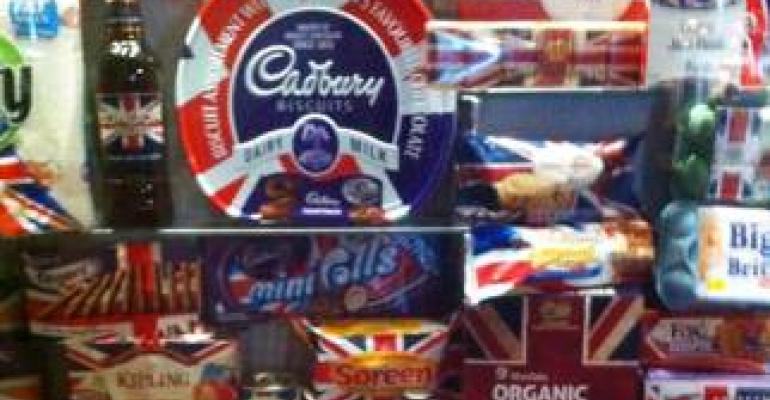 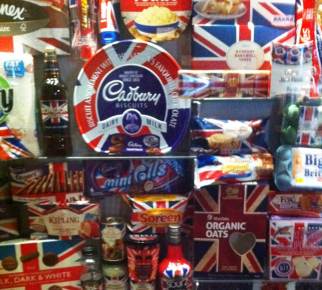 Many of the UK's most well-known brands will be changing their packaging to mark the Queen's Diamond Jubilee during the extended weekend break, but rather than engaging in a one-off commemoration of the monarch's 60-year reign, many are taking the opportunity to tap-in to a wider celebration of all things British this summer.

With the jubilee celebrations followed swiftly by the London Olympics and the England football team's appearance at the European Championships in Poland and Ukraine, a host of brands are altering their packaging in order to compliment a burgeoning mood of Britishness, and to ensure that their impact lasts beyond this weekend.

Robert Opei, curator of Jubilee at the Museum of Brands, an exhibition showcasing souvenirs and commemorative products made to mark the royal jubilees of the past, has noticed a trend in companies observing what he describes as the "Great British summer".
"The most interesting thing at the moment is that instead of just concentrating on the jubilee, there has been a second tier of people who have been using the Union Jack as an emblem to engage with people. Once the jubilee is thought to be over the Olympics is following along - it's a celebration summer."

While some brands are focusing their change in marketing solely on the jubilee -for example Kingsmill bread's temporary reincarnation as Queensmill and Mars' reinvention of their Celebrations sweets as Jubilations - Opei points to a raft of others which have made alterations that look beyond the immediate upturn in national sentiment that will accompany this weekend and towards the more long-term possibilities of a summer-long celebration.

"Kit Kat has become Brit Kat, which is quite a nice little adaptation, and Marmite has become Ma'armite," says Opei. "They're nothing to do with the Jubilee as such. Although we've sort of been building up to this moment, there's been a British spirit lying underneath and that's now broken open and people are using it as much as possible because it has a longer shelf-life."

Opei believes that that spirit comes on the back of a rise in patriotism which has been building since last year's royal wedding. He continues: "Brand Windsor has made a comeback. At the Golden Jubilee ten years ago there was much less of what we have now. The royal brand has kind of recovered from the death of Princess Diana and the divorce [of Princess Diana and Prince Charles] and people are recognising that 60 years is a real achievement."

One of the central pieces at Opei's own exhibition is a ‘Sweet Art' portrait of the Queen made of thousands of Haribo sweets, another example of how brands are capitalising on the sense of celebration surrounding this weekend and the summer ahead.

Not everyone is sharing in the sense of occasion, however, and as Heinz beans and other quintessentially British products are adding to the nostalgia of the summer with a return to the packaging they sported 60 years ago, Opei has noticed that others have neglected the opportunity to take part.

"You might, for example, have thought that Bird's custard might have done something, being a very British brand with a long history behind it. These kinds of brands come back in recessionary times and Bird's has a lot of heritage and nostalgia," he says.