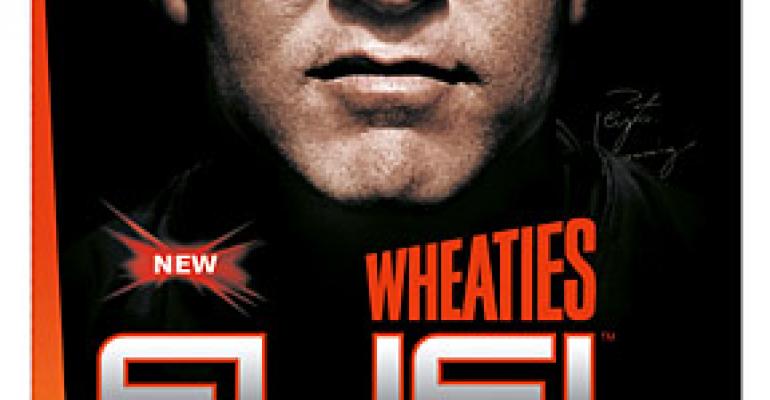 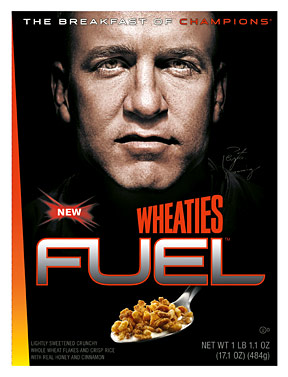 Wheaties FUEL is a lightly sweetened, crunchy whole wheat flake with crispy rice and a touch of cinnamon and honey and it represents the evolution of the iconic 85-year-old Breakfast of Champions. Wheaties FUEL is the first-ever cereal designed to help meet the nutritional needs of today’s athletes. The ready to eat cereal provides long-lasting energy from whole grain to help keep you going and 100% of the Daily Value of five B-vitamins to help the body release energy from food.

Continuing the tradition of honoring champions on the front of the Wheaties box, Wheaties FUEL features individual box covers of Garnett, Manning and Pujols. In addition, all five athletes are pictured on the back of the boxes along with Dr. Ivy. All three 17.1 oz boxes are now available nationwide.

"Developing the new evolution of Wheaties has been more than two years in the making, and we’re excited to finally bring FUEL to retail and into the hands of consumers," said Dan Stangler, marketing manager for Wheaties. "Today’s athletes need a finely tuned diet to allow their bodies to be efficient and competitive, and with the help of our team of champion athletes, a world-renowned sports nutritionist and everyday athletes, we’ve created the first-ever cereal designed to help fuel wins."

"I grew up eating the original Wheaties, and it was an honor to be one of the athletes hand-picked to create an update of the classic cereal," said football champion and 3-time MVP Peyton Manning. "I hope Wheaties FUEL inspires the next generation of athletes and competitors."

"It’s always a tremendous honor to grace the cover of a Wheaties box," said basketball champion and 12-time all-star Kevin Garnett. "What makes this really special is that our insight was an integral part in the development process of this cereal from start to finish."

"Helping to create the new Breakfast of Champions was a great experience," said first baseman Albert Pujols, an 8-time all-star and 3-time MVP. "I think we’ve come up with a unique product that will really benefit all types of athletes. And it tastes great!"

First announced last July, Wheaties FUEL has previously been available for purchase online only, where collector’s edition boxes of the cinnamon honey crunch-flavored cereal have been sold since last September. Wheaties FUEL will not replace the original Wheaties. Together, the two products will make up the evolved and expanded Breakfast of Champions product portfolio.

Clay, Kemper, Garnett, Manning and Pujols were hands-on in the creation of new Wheaties FUEL, and a six-part web series that chronicles the development process is available for viewing at www.wheaties.com. Both informative and humorous, the series shows the creation from Dr. Ivy’s first meeting with the participating athletes to discussions about what it takes to become a champion. The webisodes serve as a fun behind-the-scenes guide, culminating with a trip to General Mills in Minneapolis.

Born out of a fortunate mistake in 1924, original Wheaties was created when a health clinician accidentally spilled a wheat bran mixture onto a hot stove. The result was tasty, crispy wheat flakes that became known as Washburn’s Gold Medal Whole Wheat Flakes. A year later, the cumbersome name was shortened to Wheaties. Baseball legend Lou Gehrig was the first athlete featured on a Wheaties Box, when he appeared on the back cover in 1934. In 1958, American champion pole-vaulter Bob Richards was the first person to appear on the front of the package, jumpstarting the phenomenon of "being on the Wheaties box," which has since been graced by some of the greatest athletes of all time, including Bruce Jenner, Walter Payton, Mary Lou Retton, and many others. To view a complete timeline of Wheaties Champions, visit www.wheaties.com.