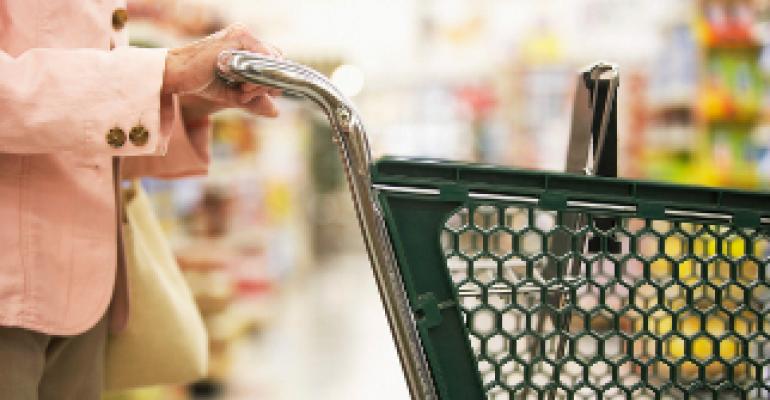 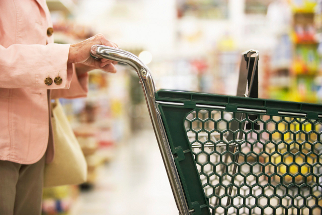 Pay more, get less. This is the scenario that's increasingly playing out at grocery stores across the country—and a majority of food shoppers are taking note according to Deloitte's new "2011 Consumer Food and Product Insight Survey."

High gas prices are also having an impact on shopping behaviors. Nearly 3 in 4 respondents (72.7 percent) are making fewer trips to the grocery store to save money and more than two-fifths (40.8 percent) are purchasing fewer items overall.

"Higher prices, smaller package sizes and pain at the pump are driving consumers to buy lower-priced grocery items," says Pat Conroy, vice-chairman, Deloitte LLP and the U.S. consumer products practice leader. "That's why, now more than ever, it is important for consumer products companies to strengthen their customer relationships and distinguish value ahead of the competition."

Consumers Desire Healthier Food Options and "Front-of-Package" Nutrition Facts
Consumers are paying more attention to "front-of-package" nutrition information to assist them in making healthier decisions according to the survey. More than 3 in 4 respondents (76.2 percent) say they more often want healthier food options when they shop and nearly two-thirds (64.8 percent) agree or somewhat agree that food retailers are starting to sell more locally produced fruits and vegetables.

Additionally, nearly one-half of respondents (49.3 percent) agree that packaging that displays a row of standardized icons called "Nutrition Keys" on the front of the package with standard ingredients listed on the back would be very helpful for purchasing decisions. Some companies are currently doing this on a voluntary basis. The survey also found that more than half (51.1 percent) of food shoppers read the ingredients on unfamiliar food items.

"The front-of-package findings, coupled with survey results showing that consumers are trending towards healthier food purchases, presents a tremendous opportunity for consumer products companies that are willing to enhance their nutritional transparency," says Conroy. "Consumer products companies that use healthy ingredients and are willing to share nutritional information on the front of the packaging can strengthen their customer base amongst a growing faction of consumers."

Smartphones are Playing a Role in Entire Shopping Process
The proliferation of smartphones and a much savvier base of shoppers have spurred consumers to use mobile devices to assist with several aspects of their shopping routines according to the survey. More than one-third (34 percent) of smartphone users research food prices or product information while in a store. More than two-fifths (43 percent) of smartphone users have managed a food shopping list on their device while not in a store.

"Smarter phones and smarter shoppers are transforming today's shopping experience," says Conroy. "Moving forward, consumer product companies must make themselves more accessible to consumers who are using 21st century technologies to look for coupons, store specials and to even shop for groceries."

Food Shoppers Attracted to Supermarkets and Supercenters
Nearly 4 in 5 respondents (79.7 percent) purchased food from a traditional supermarket during the past year. Deloitte's survey also shows that large supercenters—those that sell food, clothing and other products—are the second most sought after food buying destinations with more than 3 in 5 respondents (61 percent) purchasing groceries at these venues in the past year.

Outside of shopping at supermarkets and one-stop shop supercenters, nearly one-third of consumers (32.6 percent) met their grocery needs by visiting a dollar store over the past year. The survey also found that more than 2 in 5 respondents (22 percent) bought food at a drug store and slightly less than 1 in 20 shoppers (4.9 percent) visited an online retailer or food manufacturer to purchase food.