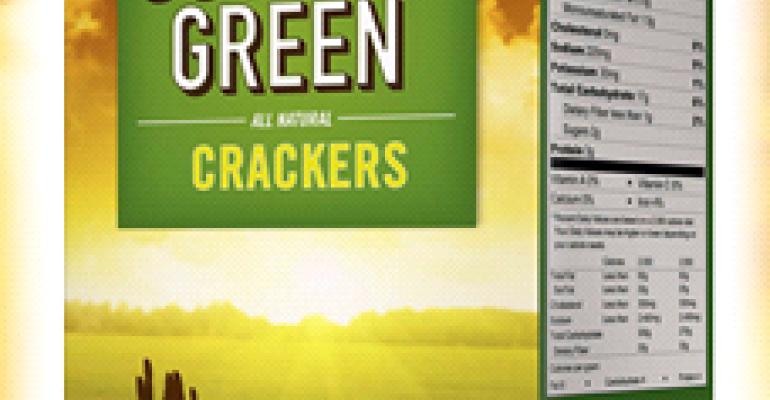 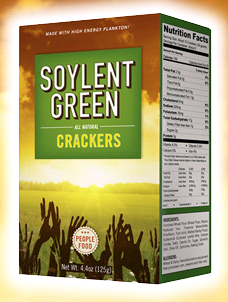 "We worked to create a collectible box that looks just the way Soylent Green would have been packaged," says Parallax president David Garth, "and the box design recreates the utopian propaganda of an evil mega-corporation with the feelings of despair and hunger depicted in the movie."

Soylent Green, which was released in 1973 to critical acclaim, was based on a Harry Harrison novel, "Make Room! Make Room!," and is set in a remarkably prescient dystopian future, where the world suffers from overpopulation, food shortages, poverty, food riots, pollution and severe global warming. Much of the population survives on processed food rations manufactured by the giant Soylent Corp. These include Soylent Green itself, which is advertised as being made from "high-energy plankton," in spite of the dying oceans. In the final scene, Detective Thorn provides the famous quote when he shouts, "Soylent Green is PEOPLE!"

This is the first time that Soylent Green has been officially manufactured under license.

"We couldn't include people among the ingredients," jokes Garth, "because that's strictly illegal. At least that's our official position."

Based in San Francisco, The Parallax Corp. works with entertainment companies to bring imaginary products to life. Working closely with sister company FMCG Manufacturing Co. (of which Garth is a founder and which produces the Tru Blood beverage for HBO and Stay Puft marshmallows for Sony Pictures), The Parallax Corp. partners with a select group of privately-owned specialized manufacturing facilities to produce high-quality items with collectible packaging and product designs and bring them to production and retail distribution. Its products are sold through multiple retail and wholesale channels.