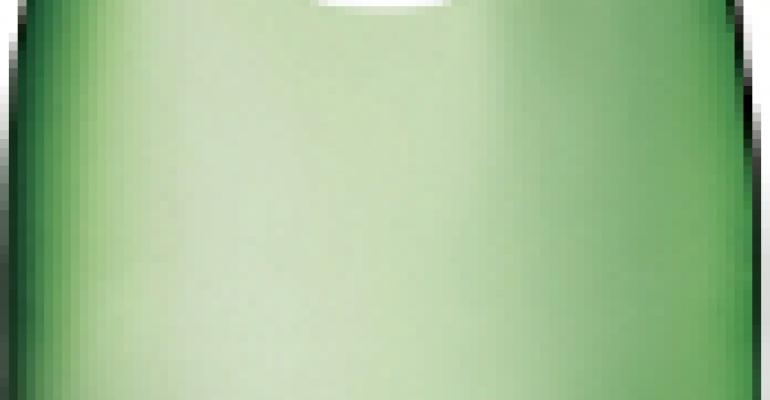 The company that produces S.Pellegrino Sparkling Natural Mineral Water announced the latest installment in the Italian Talents project: a tribute to Luciano Pavarotti and Italian opera in collaboration with the Luciano Pavarotti Foundation. In celebration of the new project, it is unveiling a special edition S.Pellegrino bottle with an opera-inspired label featuring the late maestro. The exclusive bottle will be available in fine dining restaurants throughout the U.S. starting in late April and while supplies last.

During his illustrious career, Pavarotti was invited to sing in the most important venues throughout the world. Today, his name and influence live on through the Foundation, which was founded by his wife, Nicoletta Mantovani, after the maestro's passing. The Foundation operates with the dual goal of keeping Pavarotti's memory alive and of supporting talented emerging singers.

S.Pellegrino shares the late Pavarotti's devotion to the ideals of Italian excellence, including culture, togetherness, and beauty, as well as supporting emerging young talent. Like S.Pellegrino, the renowned tenor acted as a worldwide ambassador of the Italian way of living. He took a grand, yet simple approach to life and had an authentic passion for people and, above all, music. Throughout his career, Pavarotti brought opera to music lovers worldwide, and he exported the same joy of being Italian that S.Pellegrino communicates on some of the best tables in over 130 countries.

"The Italian Talents project aims to create and nurture relationships with esteemed Italian organizations that are symbols of style, innovation, culture and prestige. The collaboration with the Luciano Pavarotti Foundation and special edition S.Pellegrino bottle represent a new and important landmark in this ongoing project," says Stefano Agostini, CEO of Sanpellegrino S.p.A. "In a year full of extraordinary happenings in the world of music and Italian opera, we celebrate Luciano Pavarotti, whose remarkable voice and personality helped to develop a strong, positive image of Italy and the Italian way of living throughout the world, just as S.Pellegrino Sparkling Natural Mineral Water does."

The tribute to Pavarotti comes during a year filled with special events and anniversaries in the world of opera. In 2013, the 200th anniversary of the births of celebrated opera composers Giuseppe Verdi and Richard Wagner will be commemorated. Opera theatres around the world will feature programs in memory of the two composers. Additionally, 2013 marks 100 years of performances at the Arena di Verona Lyric Festival, an opera music festival held in Verona, Italy each summer.

"The Luciano Pavarotti Foundation is proud to collaborate with S.Pellegrino for this tribute to my late husband, Maestro Pavarotti, and Italian opera, particularly during a year that is so symbolic for the art form," says Mantovani. "As S.Pellegrino has done in the haute cuisine scene, Luciano conveyed the idea of Italian excellence every day through his love for music and the Italian lyric opera."

As part of the collaboration and to further honor Pavarotti, S.Pellegrino will present AMO PAVAROTTI, an exhibition demonstrating the maestro's impact on the opera world, featuring iconic personal belongings including costumes and awards. The exhibition will be held in Verona, Italy from the end of April until September 2013.

S.Pellegrino and Acqua Panna, brand ambassadors of the Live in Italian style, are always eager to nurture and create synergies between the most excellent Italian companies and celebrities, symbols of style, innovation, culture and prestige. As part of the Italian Talents project, S.Pellegrino was previously partnered with Missoni (2010) and Bulgari (2011), which also resulted in unique special edition bottles.