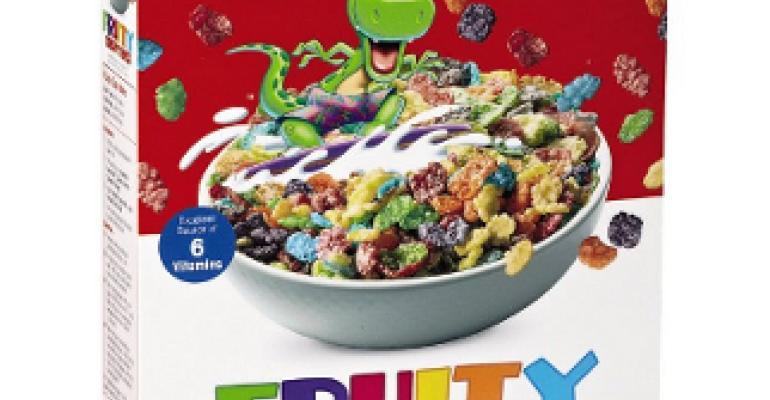 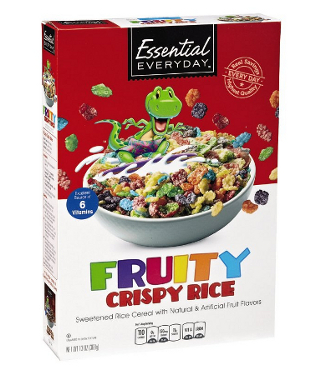 The shelf life of the Jewel-Osco store brand is about to expire.

Starting this month, Supervalu Inc. will unite its Jewel and other store-name labels under one national brand called Essential Everyday. The Minnesota-based company hopes to replace its store-name brands by February 2012 at all its chains, including Jewel, Albertsons and Cub Foods.

The move highlights the ongoing battle for the frugal consumer in the wake of the recession, as well as Supervalu's struggles to stem losses and boost traffic to its traditional grocery stores, as shoppers increasingly look to Walmart and warehouse club stores for savings.

The initiative is part of the Supervalu's strategy to put more attention on its private labels, which are rising in popularity with shoppers, and to boost profit margins. As food prices have risen, eating into grocery stores' historically thin profit margins, house-brand success increasingly has become critical to a grocer's success.

Sam Mayberry, vice president of private brands, said 94 percent of Supervalu shoppers buy private brands sometimes and 20 percent of them always do. Many of them, he said, "rely on private brands to make ends meet," and the company is "conscientious" to offer "quality, healthful products that fit into their individual budgets."

Twenty years ago, private-label products often were displayed on the bottom shelf in an unattractive box and often were of inferior quality. But the rise of specialty grocery chains such as Trader Joe's and Whole Foods, which also offer private-label lines, has encouraged traditional grocers to push for better food quality and packaging improvements of their house brands.

Those improvements, paired with higher food prices and stubbornly high unemployment, have boosted the popularity of store labels, which are generally cheaper than their name-brand counterparts. Overall, private-label sales comprised about 20.6 percent of sales at traditional grocery stores in 2010, up from 18 percent in 2005, according to SymphonyIRI, a Chicago-based consulting group. (The figures exclude Wal-Mart Stores Inc. and club stores such as Costco Wholesale.)

Supervalu is under intense pressure to turn itself around. The company has struggled to grow sales at Jewel-Osco and Albertsons, both acquired in 2006. Supervalu's sales have lagged competitors such as Safeway Inc., parent of Dominick's, and Kroger.

Supervalu announced the shift at an investor meeting last month, and executives promised savings to consumers once the company is able to start making one primary house brand instead of seven. The company also hopes to see savings from uniform packaging, advertising, marketing and distribution of Essential Everyday products.

Still, some experts caution that rebranding of private labels could backfire if shoppers who have become loyal to a particular name are faced with an unfamiliar brand.

Consumers who buy and love store-name products develop a greater affinity for the store, said Jim Hertel, managing partner of Barrington-based Willard Bishop, a retail consulting firm. But this allegiance doesn't apply when the products have an unrelated name.

"When Dominick's was purchased by Safeway, and they subbed Safeway Select for some of the Dominick's items, people here thought that it was an inferior product because they'd never heard of the brand before," Hertel said. "That's the risk you run when it says whatever on the label, and it is not associated with a store I know and have shopped at for years and respect."

Supervalu said the quality of Essential Everyday products is expected to be the same as, or better than, their predecessors. Essential Everyday is also expected to be of comparable quality to leading brands but will be up to 30 percent cheaper. The company plans to offer in-store taste comparisons against leading brands and to launch national TV advertising early next year.

At Jewel, which has a large presence in the Chicago area, Essential Everyday first will appear in the grocery and pasta aisles. The two-color packages with higher-quality food images will replace a ragtag assortment of products in an array of colors and styles.

"It's all about offering the equal to or better quality," Mayberry said, "and doing all we can to provide the cost savings to our shoppers, which is at the heart of what private brands deliver to our shoppers."

"As we look deeper at what drives customer satisfaction, we know private brands play a very important role," said Supervalu Chief Marketing Officer Julie Dexter Berg. While Supervalu chains have "strong banner brand names," she said, the company "could do a better job with our portfolio of private brands."

Grocers have built up their portfolio of store brands as they seek to cater to different consumer groups.

Jewel and other Supervalu chains have offered Shoppers Value, an entry-level brand. Jewel also has a number of premium store brands, like Culinary Circle and Stockman & Dakota, priced closer to their name-brand counterparts. Supervalu, like many other grocers, also offers an in-house organic brand, known at Jewel as Wild Harvest. Jewel also sells a house baby brand, Baby Basics.

While Supervalu is keeping its low-price, premium and niche brands, management "thought there was an opportunity to consolidate under one brand name that resonated with shoppers, was differentiated in the market and we could put some marketing support behind and create a powerful brand in our own right and create a destination driver for shopper," Berg said.

Private-label brands enjoy a 40 to 50 percent share of sales in some parts of Europe, a fact most grocers use to demonstrate the possibilities for additional growth in the U.S.

But Supervalu has lagged behind the competition in the private-label segment, which comprises 19.3 percent of its sales, a 1.5 percentage point increase from a year ago, the company said during the most recent earnings call. The company expects private label as a portion of sales to grow 1 percentage point for each of the next three years.

The big question is how much bigger private labels can get in the United States.

Berg pointed to success in a variety of other retail sectors, including apparel.

"Look at what Nordstrom is doing in clothing; they have fabulous private-label brands," she said. "You don't know they're Nordstrom necessarily, but you know you can only get them at Nordstrom."

She also pointed to the popularity of private labels in Europe and the upside for retailers that can put out products that foster loyalty. Shoppers choose their grocery store "because (it has) a great portfolio of private brands," she said, "and they may or may not be the same as brands hanging over the front door, but a variety of brands, targeted at different types of shoppers."

Berg said she doesn't see why the U.S. couldn't reach private-label sales levels similar to Europe over the long term.

Not everyone is as bullish as Berg. Phil Lempert, a Los Angeles-based supermarket industry expert, doesn't believe private label will increase its share of grocery sales beyond the current level. Europeans, he said, are more willing to stick with a product they like for many years.

"We as Americans are cowboys, and we love innovation," he said. "I think, generally, we push it, perhaps not as much as Japan but certainly more than Europe."

According to SymphonyIRI, private-label products rose a full share point in 2008, up to 19.6 percent. That was in the teeth of the recession, as consumers faced tighter budgets and higher food prices.

This year, soaring commodity costs are forcing food manufacturers to raise prices again. Lempert predicts "a very different environment than we saw a few years ago" when it comes to store brands.

Consumer products companies "were really caught unaware" then, Lempert said. They since have "shored up against store brands" by "improving quality, innovation, lowering prices, having new packaging," he said.

This time as prices go up, Lempert said, "I think you're going to see (major brands) fighting harder, faster."