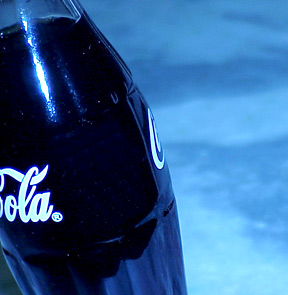 What packaging designer or brand manager wouldn’t want to come up with a package that becomes a brand touchstone for generations? Create an iconic package like the Coke bottle or the Crayola crayon box and a tremendous amount of the heavy lifting in shelf appeal and brand building is done for the next few decades.

But building such an enduring brand hallmark is an elusive, arcane process. In some ways it’s a lot like creating a hit song. There are certain things you know almost certainly have to be included, but combining those elements in such a way that elevates it to something special is an art – it really is a sort of magic.

However the process comes about though, beneath everything else there’s one key ingredient that allows enduring, iconic packages to hold their own against shifting tastes, changing technologies, and relentless competition:

Beyond everything else, these packages tap into timeless values.

Like that perennially popular song or a beloved painting, iconic packaging touches something deeper in its audience, something enduring, something that we all feel to some degree – and always will.

For instance the famed Coca-Cola bottle shape. It’s not just distinctive. It conjures up classic proportions that are embedded deep in the gray firmware that comes preloaded into our brains at birth. Vaguely feminine in proportion and contour, the Coke bottle taps into our innate sense of aesthetics. It’s not something that really depends on what’s going on in any particular culture at any given time.

But just as importantly, the Coke design doesn’t do this in a heavy-handed, obvious sort of way. It generalizes those values, making it possible for anybody to appreciate it.

At the same time, it appeals to our tactile senses in a way that isn’t limited to any particular epoch in society. Although its appeal in this regard was somewhat diminished in the transition from glass to plastic, a Coke bottle’s unique ribbed shape is still pleasing to pick up, hold, and pour.

And such enduring values aren’t limited to such overtly lavish visual creations. It’s just as powerfully displayed in the ubiquitous pump-spray bottle. Besides satisfying timeless practical needs, this basic design also offers a generally unnoticed but nonetheless powerful tactile delight too. One squeezes the trigger, feeling a gentle resistance that signals that liquid is flowing through the mechanism, followed immediately by the satisfying sight of the product being neatly dispensed to do its job.

There is a sense of power inherent in the process. We decide precisely where the product should be dispensed. We aim the bottle intuitively. Then we pull the trigger to deploy it at exactly the moment we want.

It doesn’t matter what generation you’re from. That’s cool. It satisfies both the practical and the emotional.

Values, needs, and desires like that don’t change nearly as much as people think over the years. Tap into those in a deeply meaningful way and you too might create a package design that your great grandchildren are eager to use.