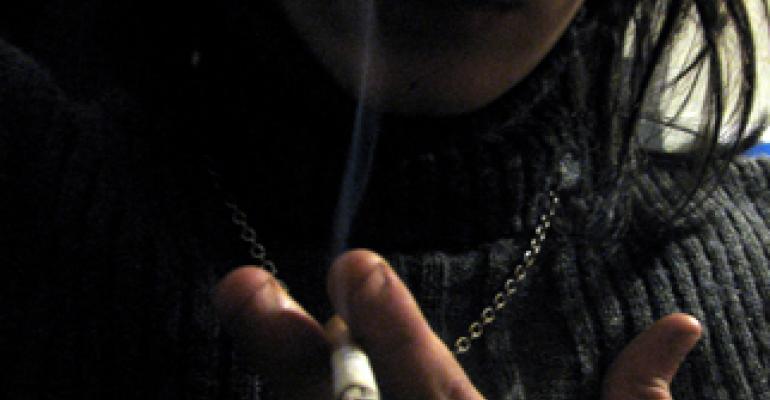 cigarette smoker in the shadows

"Now that we've banned advertising and will soon see an end to attractive displays in shops, the only remaining method of advertising tobacco is the packaging," said Andy Burnham, U.K. Secretary of State for Health, in a statement made Monday.

In this statement, Burham announced a new tobacco control strategy titled, ‘‘A Smokefree Future.' This strategy aims to halve the number of smokers, from 21 to 10 percent of the population in the U.K. by 2020.

The U.K. Department of Health says the new strategy builds upon the agency's earlier program ‘Smoking Kills.' A Smokefree Future also resurrects an old idea from that 1998 Smoking Kills program: Consideration of a ban against use of branding and marketing on cigarette packaging.

Denis Campbell, in an article he penned for the Guardian in 2008, noted that a government mandate for plain packaging of cigarettes "could be the most powerful tool yet unleashed in the war on smoking."

In a response to the renewed threat to possibly mandate plain packaging, British American Tobacco issued its own statement citing how plain packaging could actually encourage availability of tobacco. "Plain packs would require no complicated logos, colors or designs to be copied-making it far easier and cheaper for criminals to flood the market with mass produced fake products for sale on street corners," the international tobacco group remarks. "And the perverse outcome of this is that cigarettes will become more accessible to young people and the sections of society that these regulations seek to protect."

The group also stated that such a brand would breach governments' obligations to help protect intellectual property rights. "Brands are valuable corporate assets and the Government risks breaching various legal obligations relating to intellectual property rights, international trade and European law," notes British American Tobacco. "If the Government tries to introduce plain packaging it will have a huge fight on its hands."

If a ‘plain packaging' mandate was to come to fruition, the group opined, it could have wide reaching implications. The final comment made in the statement made by British American Tobacco is, "It [the plain packaging mandate] would also set a dangerous precedent for brands owned and used by other industries."