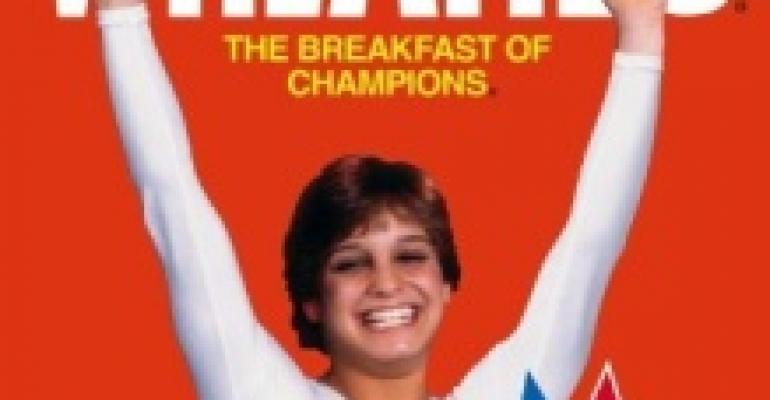 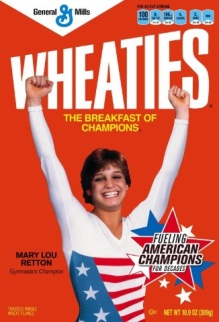 In its continued celebration of championship performance, Wheaties www.wheaties.com, the Breakfast of Champions, is releasing three new Wheaties boxes featuring retro images of former Wheaties Champions Muhammad Ali, Bruce Jenner and Mary Lou Retton. Since achieving their world champion status, these three athletic legends have continued to inspire America's future athletes. Each has also maintained a deep appreciation for the role nutrition played - and continues to play - in their performances. Wheaties is proud to be a strong nutritional choice for yesterday's and today's athletes with long-lasting energy from 100% whole grain flakes.

"Their respective records speak for themselves, but it is their legendary performances that have made each champion an inspiration to so many," says Betsy Frost, Wheaties marketing manager. "Wheaties' fans have long asked for these icons to be featured on the box again. We're thrilled to fulfill their requests and once again honor each athlete's spirit of championship."

Known as "The Greatest", and first featured on Wheaties packaging in 1999, Muhammad Ali is a global sports icon. Since retiring, Ali has devoted his life to being a role model for children, helping to fight hunger and actively promoting the importance of a healthy lifestyle in order to achieve greatness.

"To be recognized once again by Wheaties - Breakfast of Champions - is an incredible honor," says Muhammad Ali. "Proper nutrition was an important part of my training regimen as a boxer, and I'm proud to support Wheaties as it continues to do great work in fueling some of the highest performing champions of our day."

As a world champion, and an exceptional athlete, Jenner's years of decathlon competition resulted in unparalleled athletic achievement, even earning him the title "World's Greatest Athlete." Today, Jenner continues to inspire athletes - and even captains of industry- as a highly sought-after motivational speaker.

"Being featured on your own Wheaties box is a once-in-a-lifetime recognition that athletes everywhere strive for," says Bruce Jenner. "To earn this achievement twice is truly an amazing feeling and represents the lifelong determination, hard work and commitment that I hope to inspire in tomorrow's world champions."

Mary Lou Retton made history as the first American gymnast to win the All-Around Gold Medal in the '84 games. Retton's grueling training regimen was an integral part of her many years of athletic success. Today, Retton is not only a devoted wife and mother, but also a motivational speaker, traveling the world to promote the benefits of proper nutrition and regular exercise.

"I remember the first time I saw my face on the Wheaties box, and how excited I was to see all of my hopes and dreams come true," says Retton. "None of that would have been possible without complete dedication to the training and nutrition habits I followed. Since then, not much has changed. I exercise regularly and make sure my diet, which still includes Wheaties cereal as a source of whole grain, helps me get through the day, whether I'm traveling cross-country or training young gymnasts."

World champions know peak performance requires the right balance of nutrition. For more than eight decades, Wheaties has been committed to providing athletes with balanced nutrition and long-lasting energy from 100% whole grain flakes that they need to help them perform at their optimum level.

Wheaties has 22 grams of whole grain per serving-almost half of the 48 grams of daily whole grain recommended by the Dietary Guidelines for Americans. Whole grain is a complex carbohydrate, which is digested more slowly and therefore can provide a more sustained supply of energy over time.

Wheaties continues to work with food scientists, health professionals and other athletes to help fuel America's athletes to greater and bolder achievements.