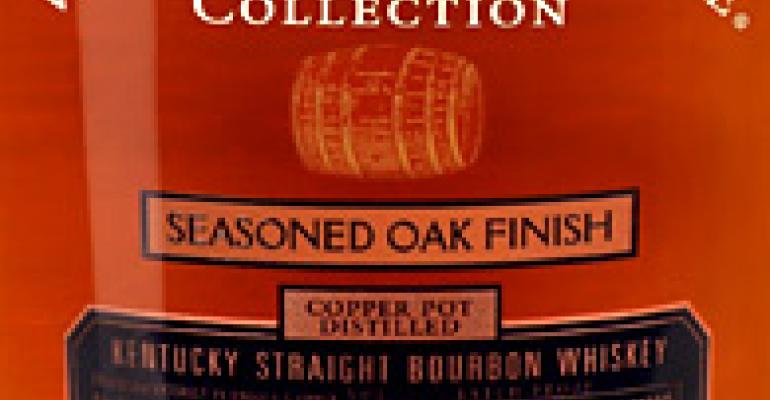 Woodford Reserve announces the latest extension of its acclaimed Master's Collection which was released on November 1. Called â€˜Seasoned Oak Finish,' it is the fourth in the series of limited edition bottlings and continues Woodford Reserve's tradition of crafting rare whiskeys that extend the category in bold new directions.

Barrels play a key role in producing bourbon, with approximately 70 percent of the spirit's flavor and aroma and all of its color provided by the oak barrel. Woodford Reserve's new offering, Seasoned Oak Finish, features bourbon finish-aged in unique barrels crafted with wood that has been seasoned longer than any previously used in the industry.

"Of all the distillers in our industry, we are the only bourbon company that crafts its own barrels, giving us unique knowledge and control of the process," said Woodford Reserve Master Distiller Chris Morris. "As the rough oak staves are exposed to seasonal weather changes and subsequently dried, this natural cycle develops a new range of flavors in the wood."

This seasoning progression changes the wood by reducing tannins and ultimately creates a new range of flavor compounds. The staves for most bourbon barrels are seasoned for three to five months; however, Seasoned Oak Finish combines fully-matured Woodford Reserve with barrels crafted from wood that has been exposed to the outdoors for three to five years -- the longest seasoning known in the bourbon industry.

"By â€˜finish aging' Woodford Reserve in barrels that have been crafted from oak and seasoned for several years, we created a bourbon unlike any other in the industry. It's the most robust bourbon we have ever made," said Wayne Rose, brand director for Woodford Reserve. "This special Master's Collection release emboldens Woodford Reserve with â€˜extra-aged' oak character resulting in a new and complex flavor profile."

Seasoned Oak Finish is the fourth in the Woodford Reserve Master's Collection series following the Four Grain, Sonoma-Cutrer Finish and Sweet Mash products. Released periodically at the master distiller's discretion, the Master's Collection whiskeys are extremely limited in quantity and bottled only once in a proprietary package inspired by the copper pot stills of The Woodford Reserve Distillery. 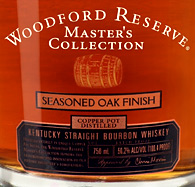 The inspiration for the Master's Collection is rooted in the rich history and tradition of what is today known as The Woodford Reserve Distillery. In the mid-1800s distillery owner Oscar Pepper and Master Distiller James Crow studied and recommended use of key processes like sour mashing and charred barrel maturation at the historic Woodford County distillery. These practices are still maintained in the bourbon industry and, today, the distillery receives more than 80,000 visitors annually and is the only one in America to triple-distill bourbon in copper pot stills.

Woodford Reserve Seasoned Oak Finish will be sold in 44 U.S. markets, and a limited quantity will be available in Canada, the United Kingdom, Belgium, France, Germany, Spain, New Zealand and Australia. Each bottle is individually hand-numbered and presented at 100.4 proof. Available in major metro markets, only 1,337 cases are available with a suggested retail price of $89.99 for a 750ml bottle.