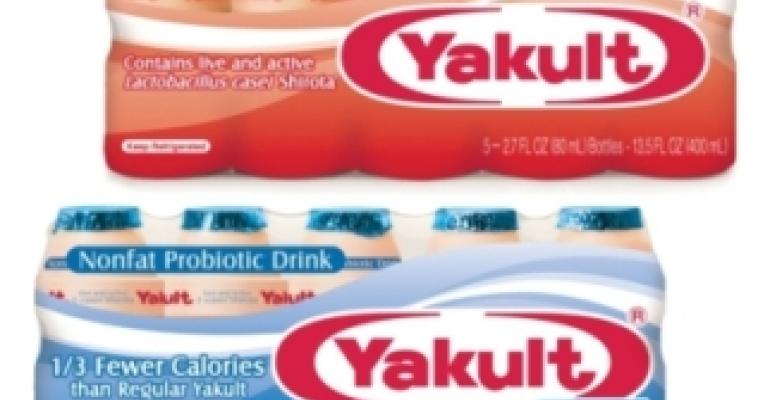 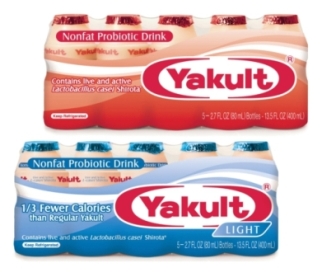 Yakult U.S.A. Inc. has recently launched new packaging for its regular Yakult probiotic drink, which is red and white. Yakult Light will be contrasted in blue and white packaging, with the red Yakult logo.

Yakult Light can be found on store shelves as early as mid-July, in the areas where regular Yakult is found. This includes most chain grocery stores in Arizona, California, Colorado, Nevada, New Mexico, Texas and Utah, and Asian and Hispanic independent markets in these and several other states.

The active bacteria unique to Yakult is called Lactobacillus casei strain Shirota, named in honor of Dr. Minoru Shirota, who first cultured this strain in 1930. Lactobacillus casei strain Shirota is able to withstand strong gastric acids and reach the intestines alive. Around the world, years of research support the various health benefits of probiotics, including the suppression of harmful bacteria in the intestines, improved digestive function, and maintenance of overall health.