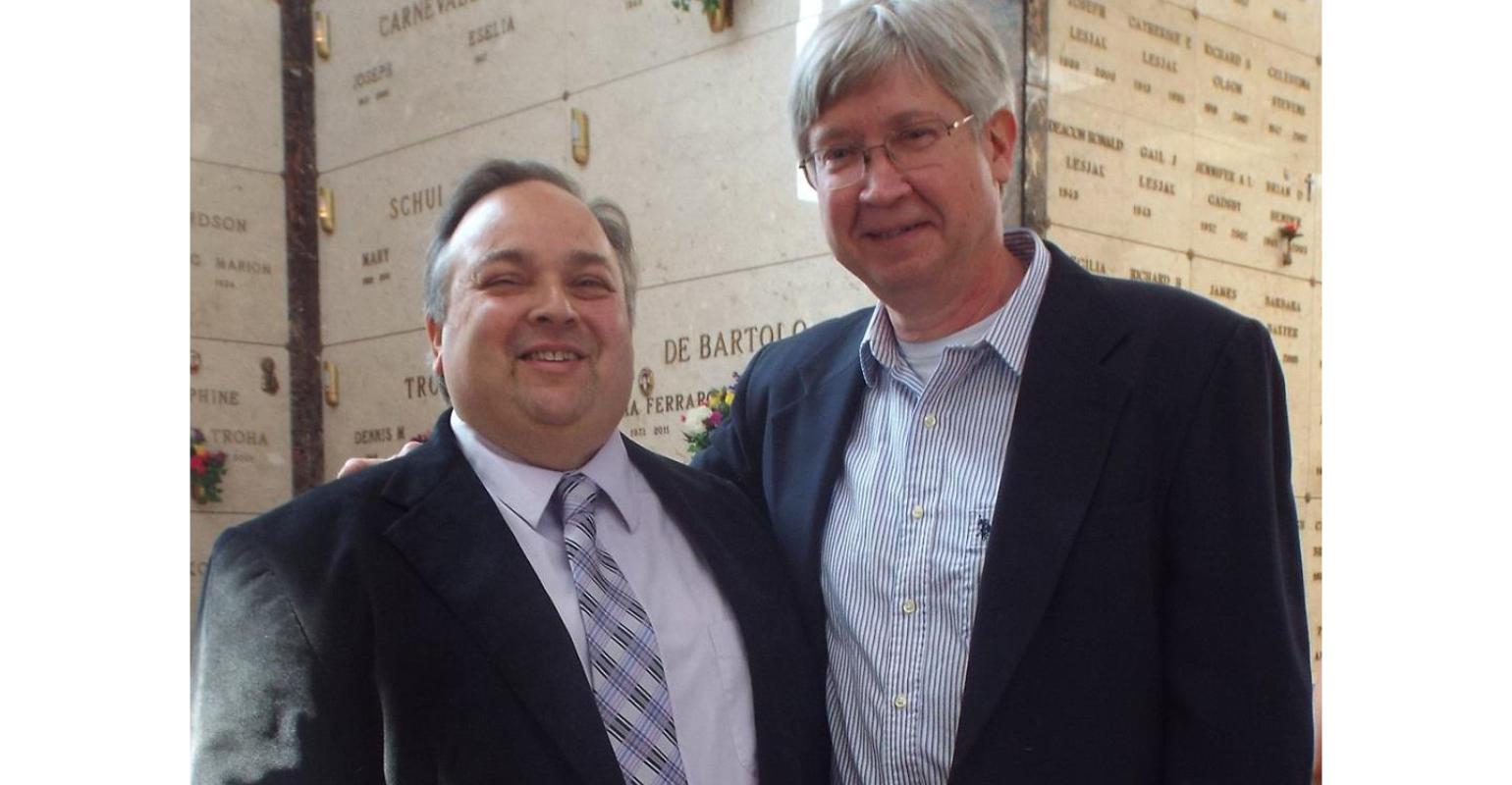 Veteran packaging editor Jim Butschli (left) with the author in 2015.

I was fortunate to work with Jim for about a dozen years when our paths first crossed at Packaging Digest in 1992 and again in 2000 when I joined him at Packaging World. We had adjacent offices, a proximity that encouraged many chats, laughs and regular hijinks.

I knew him as a terrific and dedicated colleague who was constantly on the phone conducting interviews when he wasn’t writing, editing or traveling to trade shows and other events or on assignment. He was a gifted writer.

Jim was a gregarious guy always full of good humor who shared an infectious and positive attitude wherever he went so it was not surprising that his office was a popular gathering place for staff. He was also a kind and gentle person who was devoted to his family and faith.

Among others, two nonpackaging interests we shared were sports and contemporary Christian music. While we disagreed at times on the former—he was a lifelong Packer backer and I favor the local team here in Chicago—we found solid ground for the latter. Among my fondest memories are the half-dozen Steven Curtis Chapman (SCC) concerts we attended as groupies. Like our idol SCC, Jim played guitar.

He was a member of Spirit Alive Church, where he served with his many friends and played guitar in the band under the leadership of Pastor Cynthia Aasen.

James Armin Butschli was born in Evanston, IL, on Oct. 17, 1958, the only son of Lawrence and Beverly (Kuphall) Butschli. He leaves behind his wife, Peggy, who he married in 1981, and three daughters, Lauren, Brittany and Cassandra. He has two grandsons who adore him, Dustin Adam and Lucas James; his mother, Beverly (Bonnie); two sisters, Suzanne (Richard) and Julianne; his sister-in-law Christine (Dennis) and many nieces, nephews and friends. He was preceded in death by his father.

Jim earned a BA in Journalism from Northern Illinois University in DeKalb, IL. Several jobs and years later (around 1990), Jim joined Packaging Digest as an editor, which was the start of a lengthy editorial career in Chicago covering packaging. Editorial staffers at that time included Robert Heitzman, Arnie Orloski and Sarah Lee Gerrish, all of whom have been inducted into the Packaging Hall of Fame.

Most of his career was spent later working on Packaging World and Healthcare Packaging at Summit Publishing before and after it was acquired by PMMI in late 2014. He dedicatedly commuted those years to and from Chicago, eventually working at home until cancer overtook him.

It’s said you never work a day if you love your job, but I believe it’s also true if you get to work with your best friend. Jim will be sorely missed and long remembered by myself and numerous others. We extend our sincere condolences to his family, friends and all who share in our sorrow.

Winning with Disruptive Technology, Without Disrupting Your Packaging Workforce
Feb 02, 2021