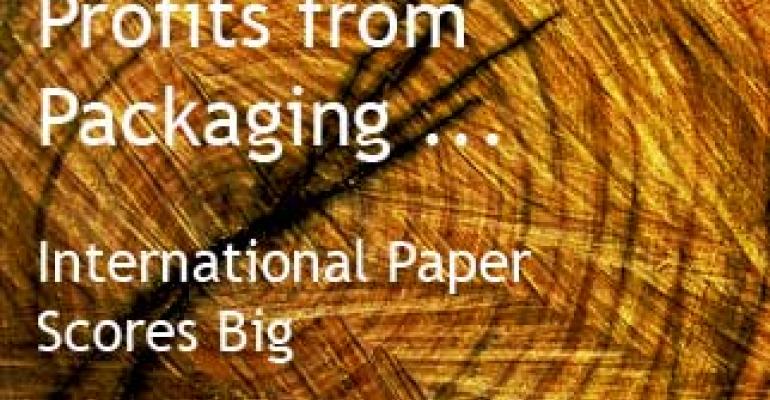 International Paper had one of its strongest quarters in recent years as it prepares to complete the acquisition of Weyerhaeuser's containerboard, packaging, and recycling business.

According to Bloomberg.com, the high profits surprised analysts, who attribute the results to price increases and foreign investments.

"We had a solid quarter because of strong operating performance, cost management, and good results in our businesses outside of the U.S.," said Chairman and CEO John Faraci, "Overall, however, higher than expected input costs continue to negatively impact our real earnings potential."

International Paper says its industry segment operating profits were $393 million for the 2008 second quarter, up from $332 million in the 2008 first quarter and down from $450 million in the second quarter of 2007. The company says the quarter-to-quarter increase reflects improved pricing and operating performance, helping offset higher input costs.

Commenting on the third quarter of 2008, Faraci said, "Despite the current weakness in the U.S. economy, I’m optimistic about our ability to manage through this period and come out in a stronger, better position. We're ready to complete the acquisition of Weyerhaeuser's containerboard, packaging, and recycling business next week, which will give us additional opportunities to reduce costs in our North American packaging business."

The $6 billion deal to buy Weyerhaeuser’s packaging business was announced in March. International Paper has identified profit improvement opportunities of about $400 million annually from the acquisition, 40 percent of which it expects to gain within 12 months of completing the deal.