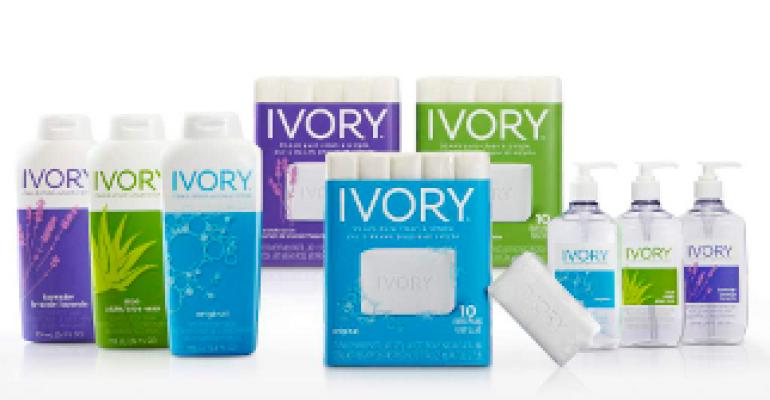 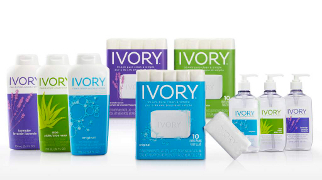 Ivory, Procter & Gamble's oldest and most iconic consumer brand, has launched a refreshing new advertising campaign and product packaging for its current line of bar soaps, body washes and liquid hand soap that aims to contemporize the 132-year-old brand. The new campaign and packaging are both slated to appear nationwide in October 2011 and reinforce the company's purpose-inspired growth strategy of touching and improving consumers' lives.

Targeting the modern mom who is incredibly complex yet driven by simplicity, the new campaign highlights the value and simplicity of Ivory, focusing on giving busy moms and families a product that delivers what they are looking for.

Driving this modern makeover is the bold new look and feel of the product packaging—a vibrant new color scheme and packaging redesign that complements the current Ivory product offerings of Lavender, Aloe and Simply Ivory bar soaps and body washes.

"Ivory is P&G's oldest and most beloved brand, and while consumers relish in the nostalgia and heritage of the product, it's time for a holistic reinvention of the brand as we work to touch and improve more consumers' lives in more parts of the world more completely," says Jay Sethi, Ivory brand manager. "We've answered the call for consumers wanting a 'simple and clean' solution and the most powerful aspect of Ivory still remains the simplicity of the product."

Developed by Portland-based Wieden+Kennedy, the new ad campaign takes a humorous look at what are called "Ivoryisms"—refreshingly honest product truths—that will appear in all of the television, print and online advertising. These honest truths include a series of simple and straightforward messages that reintroduce Ivory's perspective on keeping things clean and simple.

"The inspiration for this campaign came from the observation of how, over the years, in an effort to make life simpler, we have somehow made life more complicated," says Karl Lieberman, creative director, Wieden+Kennedy. "Unlike a lot of other brands, Ivory has stayed true to its equity. It has remained the antithesis of the overly complicated—from its ingredients, packaging and advertising—it's a throwback to an era where there wasn't time for such things. And that's what makes its new voice so refreshing."

The new television campaign includes a total of five commercials, including one 30-second and four 15-second spots, all slated to appear in October in select cities nationwide. Two of the television commercials, "Identity Crisis" and "Soap Dish," take viewers through a melodic journey of bathroom decor which spotlights a number of distinctly personal soap dishes with the message, "A Soap For Every Dish." The "Soap Dish" ad takes the same jazz-filled journey through the bathroom only to highlight a variation of soap sculptures, which then begs the question, "At What Point Does Soap Stop Being Soap?"

Ivory's print and online campaign is equally entertaining, as it offers the same kind of simple and straightforward messages, including "When Dirt Changes Its Formula So Will We," "Just Add Water" and "Cleanliness Needn't Involve Costliness." Print ads will appear in national women's and lifestyle publications, as well as select online destinations, beginning in October.

In addition to the television, print and online executions, Ivory will begin running a number of out-of-home ads in select cities and engaging fans/followers through the brands Facebook and Twitter channels.