Cold medicine packaging nothing to sneeze at for kids 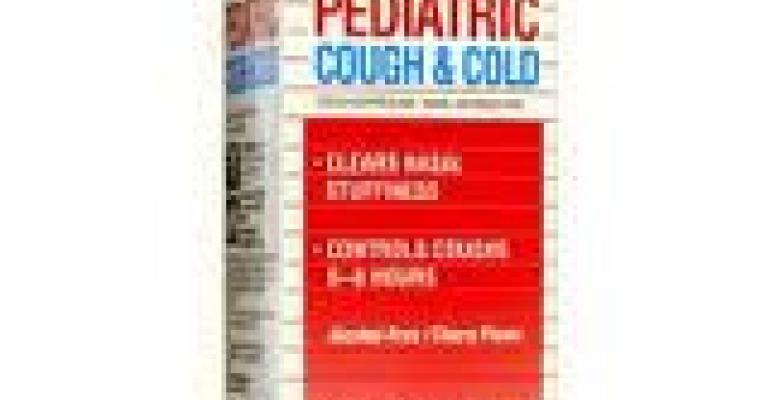 Sick babies and kids with runny noses and coughs continue to create controversy within the cough and cold category of medications, resulting in changes in the way over-the-counter products are marketed and sold.

Even after the U.S. Food and Drug Administration's 2007 investigation of the safety and efficacy of cold medications for children resulted in voluntary withdrawal of medications for infants and children under 2 and the subsequent relabeling of medications, the drug industry continues to respond to ingredient safety concerns while introducing products that attempt to address those concerns. 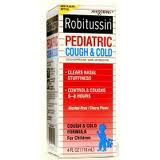 While the numbers are low, research shows misuse or accidental ingestion leading to overdose has caused serious adverse events in young children. Early research by the Centers for Disease Control and Prevention found that 1,500 children under age 2 had suffered serious health problems between 2004 and 2005 after using cold medications.

Researchers also reported that 54 children had died over a thirty-seven year span after taking kids' medications with ephedrine, pseudoephedrine and phenylephrine. Other researchers reported child deaths linked to antihistamines that contained diphenhydramine, brompheniramine and chlorpheniramine. Children under 2 years of age were the most vulnerable group affected in these reports often due to accidental misuse of the medication.

All this led to the FDA holding a Public Advisory Committee meeting on the matter in 2007 and issuing a public health advisory to caution against using pediatric medications. Manufacturers quickly responded by voluntarily pulling products of well-known brands such as Dimetapp, Robitussin, Little Colds, Pediacare, Triaminic and Tylenol.

Those brands are back on the shelf with new formulations, packaging, labels and safety recommendations. But the situation has remained fluid over the last three years while the FDA continues to review medications for children aged 2 through 11.

Consumer confidence on these medications was further eroded last year when Johnson & Johnson's McNeil Division recalled products such as children's Tylenol due to FDA investigations at McNeil's manufacturing plants.
At the time, McNeil said, "Some of the products included in the recall may contain a higher concentration of active ingredient than is specified; others may contain inactive ingredients than may not meet internal testing requirements; and others may contain tiny particles." Johnson & Johnson is in the process of reintroducing recalled brands.
"Johnson & Johnson will have to move carefully and cleverly to reengage consumer trust at the level it was before," said Jim Wisner, president of Wisner Marketing Group, Libertyville, Ill. But he also believes that many consumers either have forgiven or forgot the incident and will return to their old purchasing habits.

Over the last several years the FDA and industry have concentrated their efforts on proper dosing standards for children's cough and cold products. This year the FDA released standards for liquid over-the-counter dosage devices to minimize overdosing and it recommended enhancing dosing instructions on all single-ingredient pediatric acetaminophen. Consumer Healthcare Products Association members agreed to voluntarily convert single-ingredient liquid acetaminophen products for children to a single concentration (160 mg/5 ml) beginning sometime next year.

Meanwhile, supermarket pharmacists and those in charge of merchandising cough, cold and allergy medications must manage continual product packaging and labeling changes at the shelf within an operational intensive grocery environment and try to make sense of what is happening in the kids' cough and cold segment for shoppers.
In written responses to SN on several opinion questions regarding children's cold medications, Roy Wilson, director of pharmacy for J.H. Harvey, Nashville, Ga., does not believe the FDA's recommendations and manufacturers response to re-label children's cold medications has made it less confusing for OTC users to safely use children's medications.
When asked if he thought the average shopper reads OTC labels closely enough for safe usage, Wilson said, "Generally they read the label but do not always follow instructions properly."

Here's a case where the supermarket pharmacist could help out if asked.

"The customer is confused. They pick up snippets of things in the news but aren't deeply versed in the details," said Wisner. "The most significant thing is making sure pharmacists are trained and understand how best to counsel patients.

Most are fairly knowledgeable with cold medications if for no other reason than they get asked so many questions."
Wilson said a frequently asked question is which OTC medications can be used to treat cough and cold symptoms in infants and small children.

Infants and small children, who are developing their immune systems, are the most vulnerable when it comes to safety issues and are highly susceptible to the hundreds of viruses that cause the common cold.

Children in preschool and elementary school can have six to 12 colds per year while adolescents and adults typically have two to four colds per year.

It is estimated that individuals in the United States suffer 1 billion colds per year, with approximately 22 million days of school absences recorded annually.

The fact is that nothing will cure the common cold or lessen its duration. At best cold medications are formulated to relieve painful symptoms and some question the effectiveness of medications formulated to do that.
Wilson said, "Depending on the specific symptoms I would recommend saline, suction, humidifier, keep child hydrated or an FDA-approved OTC med for the age group - for example, certain antihistamines. I also recommend contacting their physician if symptoms get worse or they want a prescription alternative."

Wisner believes all retailers can do a better job in educating the public in the aisle when it comes to choosing the right medications.

"Retailers have the opportunity to be leaders in helping customers decide on the right med. They can do things with in-store signage, pamphlets and online information especially during the height of the cough and cold season."
He noted new Robitussin (Pfizer Consumer Healthcare) packaging designed to help health care professionals and patients identify which products are best suited to relieve specific cough and cold symptoms as the direction retailers could take.

"If products are easier to choose [because of package redesign], I suspect Robitussin will take market share," said Wisner.

Pharmacy director Wilson agreed that product packaging does do a fair job in explaining the proper dosing but "it doesn't explain why product should not be given to children below the recommended age."

As children's cough and cold products find a solid footing on safety and efficacy, the door has been opened for growth of homeopathic cough and cold remedies for children.

Wisner, who believes sales of homeopathic remedies are up, said it is part of the slow drift of consumers to more natural and organic products aided by health safety and environmental concerns. "The move there is from a personal lifestyle choice. It's a more holistic view rather than this drug can deal with this symptom."

Nevertheless, homeopathic suppliers such as Hyland's, which has a baby line, and Bioron, which launched ChildrensOscillo.com last year, are getting the word out through social media about their products' safety.