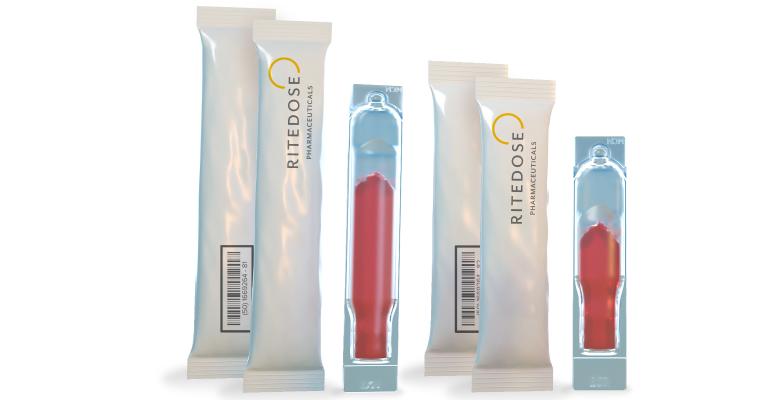 A new single-dose, blow-fill-seal ampoule for generic liquid medications from Ritedose Corp. reduces the risk of spills and contamination.

Traditionally, single-dose liquid medications are supplied in small, foil-lidded plastic cups that require the seal to be removed manually. This format can result in accidental spillage, compromising the dosage.

SuredoseRx ampoules are made of low-density polyethylene, chosen for its ease of machinability, and over-wrapped to maintain product stability. Each dose is individually bar-coded for ease of use in a hospital or clinical setting. After opening the pouch, the user removes the ampoule and twists off the cap to administer the liquid orally. Medication is released only when the ampoule is squeezed, thereby reducing spills. The design also allows for less spillage if the ampoule is dropped.

The concept for SuredoseRx began in a hospital room where president and CEO Jody Chastain’s wife was being treated for cancer. Chastain watched as a nurse struggled to remove the lid off a medication cup, finally resorting to scissors to cup the lid open.

“That one act immediately compromised the drug my wife was supposed to take,” he says. “I asked the nurse to get another cup.”

SuredoseRx is available in 5-, 10-, and 15-milliliter doses. The dispensing device will launch with three of the company’s generic drugs in the first quarter of 2022, followed by rollouts of other liquid medications.