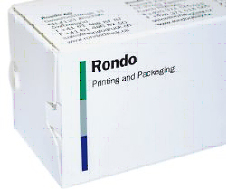 The European Federations of Pharmaceutical Industries and Associations (EFPIA) released a updated whitepaper on drug anticounterfeiting initiatives in November, and the group once more emphasizes the role packaging can play. EFPIA first issued the white paper, "The Anti-Counterfeiting of Medicines," in November 2005, which urged the development of European legislation against counterfeit medicines. Progress has been made, EFPIA noted this November, but legislation as well as standardization and harmonization across Europe-perhaps even globally-are needed to fully combat counterfeits.

Exhibitors and speakers at the upcoming Pharmapack will discuss potential anticounterfeiting technologies that could help drug manufacturers follow EFPIA's recommendations.
EFPIA argues that safety features be applied to the outer packaging of all prescription medicines. "The introduction of safety features on only some prescription medicines will move the threat to those not protected and weaken efforts to eliminate the problem of counterfeits," the November 2010 white paper reads.
EFPIA states that "the core elements for an efficient technological anti-counterfeiting strategy based on the integrity of the pack include:
• Tamper-evident packaging or tamper-resistant closures for all medicines.
• Strengthening product identification at individual pack level through a harmonised coding standard.
• Use of overt, covert, and forensic authentication features."
Speakers at Pharmapack will explain their solutions for anticounterfeiting. For instance, on February 24, Dr. Markus Staub, CEO of Rondo AG, will explain the company's alternative to glued flaps or labels for tamper evidence in the presentation, "Tamper Evidence with Additional Security." Rondo has developed a folding box design featuring cut-outs on the bottom flap and the lid flap that clearly and irreversibly indicate opening. Called Rondo Protect, the system can be erected, filled, and sealed on existing machinery and does not lessen user friendliness. (Rondo will be exhibiting in stand 352.)
Other packaging-focused presentations include Anti-Counterfeit Glass Marking on Primary Packaging for Pharma Products Keeping Quality and Safety," by Paolo Golfetto, Nuova Ompi and "Traceability and Authentication for Drug Packaging," by Eric Dardaine, ATT. (Nuova Ompi will be exhibiting in stand 149 and ATT in stand 140.)
As brand owners employ packaging attributes for verifying product authenticity, they will need to ensure security throughout electronic data handling. Manufacturers will need to develop approaches that can integrate seamlessly and securely with their manufacturing execution systems (MES). Dr. Martin Kutter, cofounder of AlpVision, will explain AlpVision's system February 24 in "Managing a Worldwide Anti-Counterfeiting Program Using an Internet Web Application." (AlpVision will be exhibiting in Stand 234.)
Kutter will describe an anti-counterfeiting system that enables the brand owner to generate and manage various security features and have them produced with regard to the "genuine-or-fake" verification process. Examples will be given on how to allocate specific security features to various product items, production batches, and production locations, and how subcontractors such as packaging designers, printers, and converters can interact with the product security Internet Web application.
Kutter will explain how a single computerized system located in a highly secure environment can cope with a decentralized industrial organization, having manufacturing facilities of different brands in different markets.
These packaging technologies will undoubtedly give pharmaceutical manufacturers the packaging solutions to choose from when building their security programs. While EFPIA seeks manufacturers' support, it is also counting on the European Parliament and the Council "to legislate rapidly on this important matter," it concludes in the whitepaper.