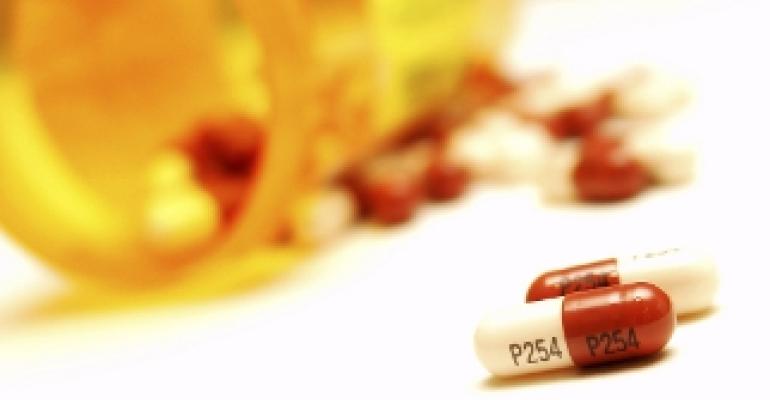 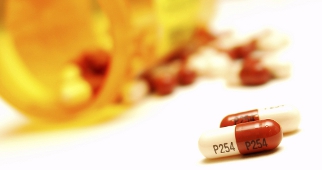 It's no surprise that many high-end luxury items, such as handbags and watches, have had its share of knock-offs over the years, mainly because they're often perceived as unattainable or too costly for the average consumer. This gives opportunists the ability to produce imitations of popular expensive products at a greatly reduced price.

Seems harmless enough, right? The old adage, "You get what you pay for," may come to mind... after all, isn't counterfeiting a "victimless" crime if savvy shoppers can spot the difference and know it isn't the real thing? But what if you couldn't tell if a product was real? Would you know if the toothpaste, baby formula or toys you purchased contained toxic substances? Or if the medicine you were taking was diluted or had been falsely labeled? To the untrained eye, the answer is no, which is why profits for counterfeiters continue to soar, along with the potential for dangerous and costly consequences, says John DiPalo of Acsis Inc.

The facts about fakes
According to DiPalo, who has more than 25 years of experience in supply chain logistics, counterfeiting is nothing new to the industry; however, he's seen a substantial increase of fraudulent products making their way into supply chains.

Counterfeiting is now one of the fastest growing and profitable industries in the world. With an average of 5 to 7 percent of the world trade market, it is a $600 billion per year industry. The U.S. Customs and Border Protection (CBP) reports the total number of counterfeit goods increased dramatically in FY 2011 by 24 percent compared to the prior year, and has increased 325 percent over the past decade.

The impact and cost across industries is quite staggering. The Federal Trade Commission reported that counterfeit automotive parts total approximately $12 billion and also result in 200,000 fewer manufacturing jobs. Additionally, electronics industry experts stated a loss of between $100 billion and $200 billion annually. Of particular concern is the pharmaceutical industry, which counterfeit drugs account for $75 billion dollars globally.

Worse yet, DiPalo says, those numbers might even be on the low side since many bogus items may still be unaccounted for, and therefore, go unreported.

Underworld trade of counterfeit goods on the rise
Product piracy is occurring in just about every type and grade of consumer goods—shampoo, cosmetics, cigarettes, food, DVDs, perfume, pharmaceuticals, electronics, automotive and airplane parts have all been recent targets.

"Counterfeiters have gotten much more sophisticated at developing legitimate-looking stores and goods, which is especially true when items are sold online," DiPalo explains. "These fake websites employ state-of-the-art promotional tactics, such as featuring near-perfect replicas of certain logos, realistic merchandise photos, etc., to lure unsuspecting buyers, making it nearly impossible to distinguish what's real and what isn't. Combine it with a booming consumer demand for popular brands, and it's no wonder counterfeiting has been referred to as ‘the crime of the 21st century.'"

The ‘business' of counterfeiting costs everyone
The manufacturing of counterfeits is most prevalent in countries with a strong, inexpensive manufacturing capability, including many nations throughout Asia (such as China and Taiwan), although counterfeit goods are sold around the globe. Often made in developing countries with limited regulatory oversight, the knockoff business drains economies and has been linked to organized crime or criminal activity, which poses serious threats to consumers, companies, and national security.

• More than 1 million counterfeit electrical products have been recalled in recent years, including extension cords, power strips and batteries. These products can not only destroy electronic devices, but pose a serious fire hazard, says the Electrical Safety Foundation Intl. According to the U.S. Chamber of Commerce, 64 percent of counterfeit electrical products are purchased from legitimate shops and retailers. However, many illegitimate power adapters continue to be sold on-line, such as through eBay.

• In January 2010, the FDA warned consumers of counterfeit Alli (weight loss pills) sold over the Internet. Rather than orlistat, the active ingredient in Alli, the counterfeit products contained a controlled substance called sibutramine, a potentially dangerous medication that should not be used without a doctor's recommendation.

• In 2009, the World Health Organization warned that a counterfeit anti-diabetic medication reached the Chinese market and contained six times the normal amount of its active ingredient, glibenclamide, resulting in nine hospitalizations and two deaths.

• This past year the Food and Drug Administration discovered fake versions of Adderall, a drug used to treat attention deficit hyperactivity disorder, as well as phony vials of the cancer drug Avastin, which had made its way into doctors' offices.

"Depending on the type of products being manufactured and the industry it originated, counterfeited products can set off a whole series of events with far-reaching consequences and incalculable damages," DiPalo says. "Once counterfeit goods enter a supply chain, it can not only cause millions in damages to the manufacturer, but the items can linger in a supply chain for years, ultimately putting lives in jeopardy."

"There's no question suspect products will continue to make their way through the back door and into the marketplace," DiPalo said. "Profit and supply chain accessibility are feeding this growing epidemic. This problem transcends over every industry, and yet, only a handful of manufacturers are proactively seeking solutions.

"Simply put, anything that is manufactured can be counterfeited," DiPalo continues. "Without a proper checks and balance system, companies are sitting ducks if they haven't evaluated—and truly tested—their quality-assurance and anti-counterfeiting strategies."

"Although counterfeiters have made rapid advances in technology, so have companies like Acsis, Inc., which means organizations can now ‘fight fire with fire,'" DiPalo states. "Acsis' ProducTrak solutions go above and beyond normal compliance and tracking initiatives by utilizing tag readers that instantly notify manufacturers of defective products and weakening supply chains. In an age when all parties are responsible for the product once it leaves their four walls, it's no surprise that true product visibility throughout a supply chain is not only a necessity, but a means of survival."

Cutting corners is risky business
While it would seem simple to warn business owners to stay away from seemingly shady deals and encourage them to only buy from reputable manufacturers and distributors, it's just not that black and white.

"In an economy where everyone is trying to save money, it is often hard to pass up what looks like a great deal," DiPalo warns. "It's important to remember that in nearly every instance, counterfeited goods are often made with inferior materials and not held to the high standards as the original. Despite this well-meaning intention of trying to spend less, in the end, it's just not worth the risk.

"Remember that the best offense is a good defense," DiPalo continues. "Risks always lurk in the supply chain, and the farther the chain stretches, the greater the vulnerability. How companies develop and execute strategies against counterfeiters can spell the difference between continued brand integrity and a shattered business."