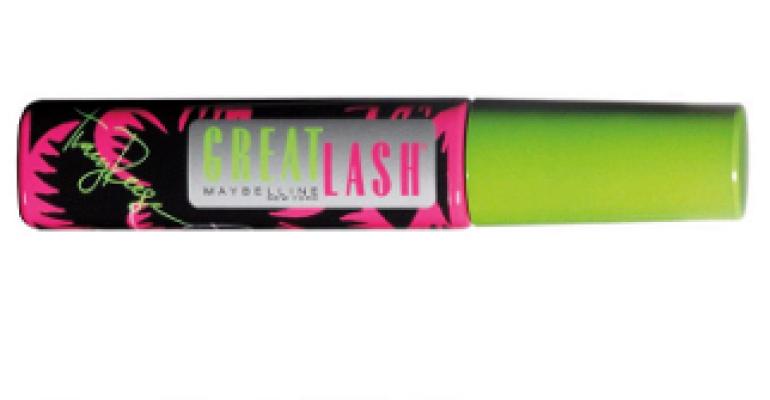 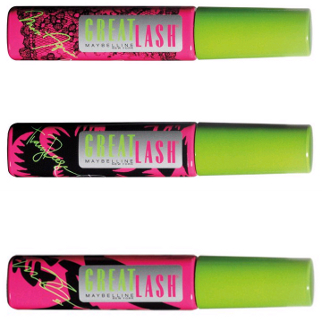 In celebration of the 40th Anniversary of Great Lash, Maybelline New York introduces a special limited-edition collection of America's favorite mascara. As the official cosmetic sponsor of Mercedes-Benz Fashion Week, Maybelline New York has partnered with three celebrated fashion designers to create the limited-edition collection: Max Azria, Tracy Reese and Vivienne Tam. Each designer took inspiration from their own collection to create inspired, fresh takes on the iconic pink and green tube.

Great Lash's history is rooted in fashion. In 1971, Lilly Pulitzer, a then up-and-coming designer known for her bright and cheery fabrics, inspired Great Lash's legendary pink and green tube. The unique color palette has become instantly recognizable and the symbol of an American beauty icon. After 40 years, Great Lash remains America's favorite mascara for women and the go-to mascara for makeup artists. The product is coveted by celebrities, models and style icons around the world, with fans as diverse as Mary J. Blige, Selena Gomez, Kate Beckinsale, Kim Kardashian, Chloe Sevigny, Nicole Richie and the list goes on.

"Great Lash has always been a favorite among leading makeup artists and industry insiders, whether they are working on a celebrity client or backstage at Fashion Week," says David Greenberg, president of Maybelline New York-Garnier-Essie. "For the product's 40th anniversary, we're celebrating Maybelline New York's fashion heritage by partnering with sought-after designers to bring a new look to America's most iconic beauty product. The designs of Max Azria, Tracy Reese and Vivienne Tam represent the spirit of the Maybelline New York woman—modern, confident and chic."

"Maybelline has been backstage for BCBGMAXAZRIA's runway shows for the past several seasons and I'm thrilled to be once again partnering with them on the 40th anniversary for their Great Lash Mascara. To bring the BCBGMAXAZRIA design aesthetic to such an iconic product is a true honor."—Max Azria, founder, designer and chairman of BCBGMAXAZRIAGROUP

"Great Lash Mascara is a timeless product; every woman knows the iconic green and pink packaging. I was excited to design limited-edition packaging in celebration of the 40th anniversary and chose a graphic floral print that exudes fun and femininity and complements the signature colors of the brand."—Tracy Reese

"I've worked with Maybelline New York for the past several seasons of Mercedes-Benz New York Fashion Week. I'm delighted to work with them again to celebrate the 40th anniversary of Great Lash Mascara. My Great Lash design is adorned with the Chinese symbol for 'Lash,' creating the perfect fusion of the Vivienne Tam and Maybelline esthetics. It's the must-have beauty accessory for fashionistas this fall."—Vivienne Tam

Forty years ago Maybelline New York introduced women to Great Lash Mascara, and a love affair began. The pink and green tube continues to be America's No. 1 selling mascara, with more than 20 million pieces sold each year. Passed from generation to generation, devotees remain true to the beloved formula for perfectly defined, thick, conditioned lashes. Maybe that's why a tube of Great Lash is sold every 1.7 seconds in the U.S.

Maybelline New York has partnered exclusively with Target to distribute the Great Lash Limited Edition collection for a limited time only. The collection launched on Target.com on August 14 and will be available in-store on August 21 for a suggested retail price of $6.99.